A couple of weeks back, popular dance reality show Jhalak Dikhhla Jaa concluded its latest season. During its run, fans not only enjoyed stellar performances but fun-filled BTS as well. As a section of fans is missing it, filmmaker Karan Johar, who was one of the judges in the show, took to his social media handle and shared a throwback video, which is a montage of behind-the-scenes when Ayushmann Khurrana came to the sets to promote his latest release An Action Hero. Interestingly, Nora Fatehi and her accent steal the attention of the viewer. 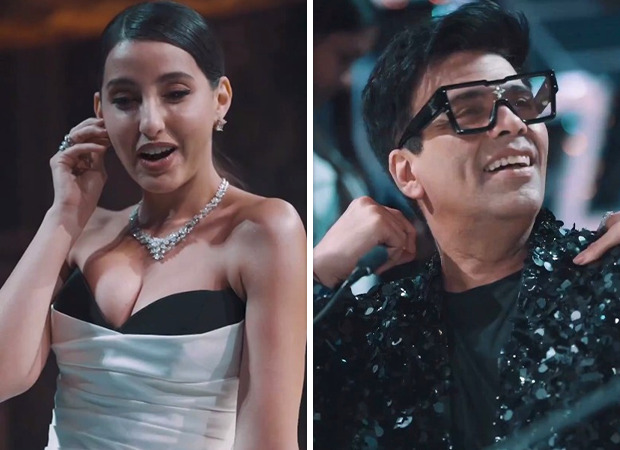 Talking about the video, it features Karan along with Madhuri Dixit, Nora Fethi, Maniesh Paul, and Ayushmann Khurrana. From sharing laughs and giggles to munching, Bollywood celebs can be seen having a fun time during the shoot of the episode. In the montage, Ayushmann and Nora also groove on their dancing number ‘Jedha Nasha’. As the video progresses further, Fatehi can be seen naming Kandivali, a Mumbai suburb, and Bandra-Kurla Complex in a funny accent.

The video also gives a peek into Karan and Madhuri shooting for an Instagram reel video, for which the latter tries a bunch of glasses. Instagramming the video montage, KJo wrote, “Never too late for a throwback!,” followed by a hashtag that read, “throwback”. Within an hour, the post managed to grab the attention of Karan’s Insta fam. A section of them flooded the comments section with laughing emoticons.

For the unversed, the grand finale episode of Jhalak Dikhhla Jaa Season 10 was aired on November 26 and 27. Eight-year-old Gunjan Sinha from Guwahati lifted the trophy after competing with Rubina Dilaik, Sriti Jha, Faisal Shaikh, and Nishant Bhat in the finals.