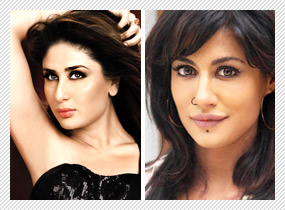 If the current developments are any indications, Sudhir Mishra's plans of bringing together Kareena Kapoor and Chitrangda Singh in Dhruv have been indefinitely put on hold. Other than uncertainty around the cast, now even the core subject matter of the film has gone back to the drawing board, hence putting a question mark over any further progress.

"It has been almost four years since the film was announced with Farhan Akhtar, Kareena Kapoor and Chitrangda Singh. All sorts of rumours had floated around the film, right from it being a modern day version of Devdas to Kareena enacting the character of a strong real life politician. However all of them were thwarted by Sudhir and Farhan, who was supposed to produce the film with Ritesh Sidhwani", informs a source.

Later all actors got busy with other films and Sudhir too moved on to Yeh Saali Zindagi and Inkaar. With him beginning to talk about Mehrunissa and Dhruv not quite finding place in his discussions any more, there were further doubts that spilled over. Though last year there were murmurs around the film finally being revived, the fact that there is no concrete movement yet makes the film's prospects dicey.

"It is not all that dicey though", informs another source close to the project, "The fact is that the film's script is currently being rewritten. Only after everything is put on paper, cast and other details would be decided. In fact it cannot be said with utmost surety that whether Kareena or Excel (Farhan's production house) would continue to be associated with Dhruv. Anything is possible and there may be a complete turnaround."

Well, if not for anything else, it would rob audience of seeing Kareena and Chitrangda share the same frame.