It is their tenth year in the industry and director duo Raj & DK are indeed getting their due. Though there was appreciation galore when they made films like 99, Shor In The City and Go Goa Gone, box office returns started coming with Stree last year. 2019 has been ultra-special for them though since their The Family Man has cut across boundaries and is continuing to be appreciated even though weeks have passed by since it started streaming. We bring part two of our exclusive conversation with director duo Raj & DK. 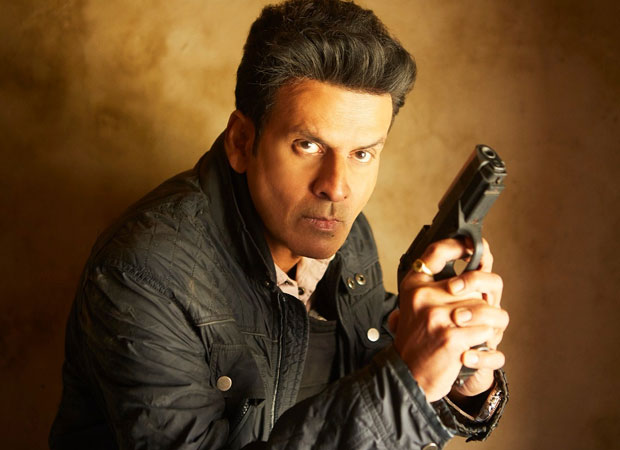 How did the casting of Manoj Bajpayee come through though? After all, there must have been many options?

Raj: He is the highlight of the series. Everybody who is aboard agrees that he is the life of the show. We couldn’t have asked for a better protagonist. The whole show is made around this colourful character. He shone through very bright.

DK: To start off, who better than Manoj Bajpayee? Can you think of any other actor? Was he not perfect? There were a few thoughts that we had when we started casting. When the name of Manoj came, there were no second thoughts. We didn’t have to tailor the act. He was so perfect for the role that it is surprising that he hasn’t done anything like this in his 25 years career.

For the role of the key terrorist, you brought in a relatively new actor Neeraj Madhav on board. Why?

Raj: Neeraj was a great find. He submitted completely to the role. In fact he asked a lot of questions, a lot more than usual questions that most actors ask. He wanted to know whether we are giving away too much, whether we are preserving the twist correctly. There were very subtle things he wanted to know. Post the show, there have been hundreds of messages. I don’t think anyone has said that they guessed what’s coming. The whole thing was carefully created.

DK: That’s the beauty of the format that you don’t have to worry about the star power. What matters most is that you have to get the right actor for the right role. We had to cast people authentically from the show. For a Malayali we had to cast a Malayali. That way we cast across the country. We cast Kashmiris for the role of Kashmiris. Neeraj is a romantic star in Malayalam. It worked really well for us to cast someone who didn’t look like a terrorist. That was the challenge that we wanted to take.

I am particularly impressed with the casting of Priyamani and the two kids. They come across as really the family next door.

Raj: Priyamani was fabulous. We did try a couple of actors. Lot of them were apprehensive about playing a mother to a teenage daughter, I don’t know why there are still some actors apprehensive about things like these. It is fine if people are playing different characters. At the end of the day you are not playing yourself. She didn’t have a single question or doubt. She jumped and pulled off a strong tough woman act who has a mind of her own. The kids were great, they haven’t done anything before. Lots of credit to the casting company who went through many kids and they really came through. The sweetness and the naughtiness was really good.

DK: Priyamani was suggested by casting director Mukesh Chhabra’s team. We thought she would be perfect for the role. She hadn’t done much in Hindi. So when we did meet her and gave her the brief, she jumped on to it. She was perfect. For kids, all credit to the casting team. They spent a lot of time and effort in getting these kids. I must have seen 50 auditions and finally zeroed on to them. We hit the jackpot with these kids. These are fantastic actors and they are naturals. They have a great future.

While Gul Panag, Sharad Kelkar and Darshan Kumar bring on the glamour factor, I would have loved to see more of them. In retrospect, don’t you feel a more in-depth part of theirs could have further helped the series?

Raj: We did show couple of shades for Gul, Sharad and Darshan, and some bit of their back stories. They had different sides to play. Like Gul had a past with Manoj, and Darshan wasn't a just a simple General committed to cause. In torture scenes, we see his different shades. We did try to bring it all as rounded as possible, given the screen time was small. We will go in depth for these people when time comes in the next season. We can’t possibly have so many characters and bring on full-fledged arcs for everyone. The best part is that since you are asking this question, I guess these people have made a solid impression.

DK: You have to make your choices. There are characters who are important and you have to spend a lot of time. Then there are others and they are important too but you don’t have luxury to spend a lot of time with them. Putting in a known actor with certain known presence helps bringing out the character better, which was the thought behind putting these actors in there. They made an instant impact. This is a series and there would be more seasons, so you may see more of them. Stay tuned.

In fact at many points it seemed that Sharad’s character may emerge as another strong tangent in the entire terror plot. Is there a surprise we can expect in the second season?

Raj: Whatever you think of is something that is giving us ideas. Let’s see how it goes!

DK: First of all anything I say now would mean that it won’t be a surprise in the second season. I think you are a keen viewer and very hyper active in your mind. I didn’t see any angle about anyone in Sharad's family colliding with the terror plot. But hey, who knows, maybe it is food for thought.

Also Read: “In real life, spies are not James Bond, they have their own problems and issues” – Director duo Raj & DK on Manoj Bajpayee starrer The Family Man – Part 1