Karan Mehra and Nisha Rawal have become the talk of the town ever since their strained marriage news leading to domestic abuse and extra-marital affair allegations were made public. The couple has a son named Kavish who has turned a year older today. 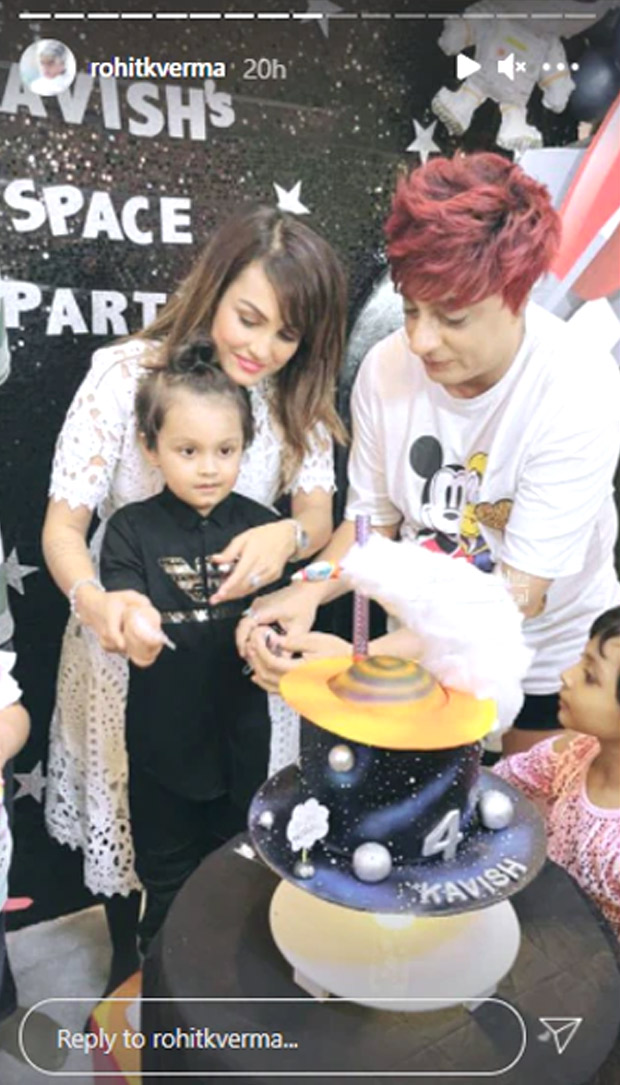 On Kavish's birthday, his mother Nisha didn't fail to make his auspicious day special. The actress organized a birthday bash for him inviting only his close friends – designer Rohit Verma and tarot reader Munisha Katwani.

The party was had a space theme which Kavish seems to be loving, as his father Karan Mehra who is away from also brought the same themed cake. The party also had fancy decorations for the theme. 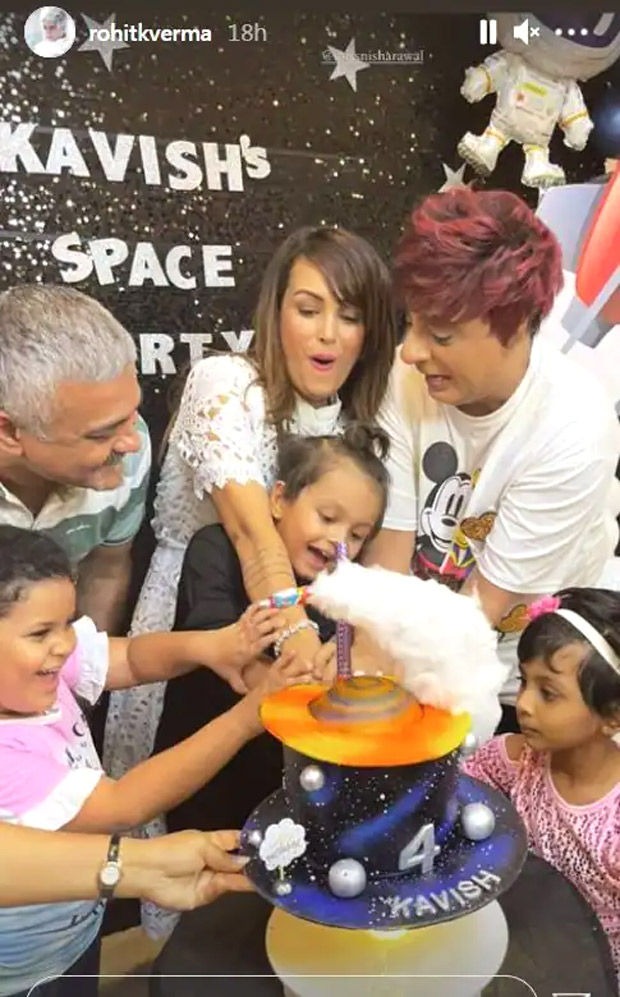 During the celebrations, Nisha was seen posing with Kavish and her friends. Kavish wore an all-black outfit, while Nisha was seen wearing a white slit cut dress with long socks which perfectly went in sync with the theme of the party. The actress shared the same on her Instagram stories.

Also Read: “I feel blessed to be working through these times”- Rubina Dilaik