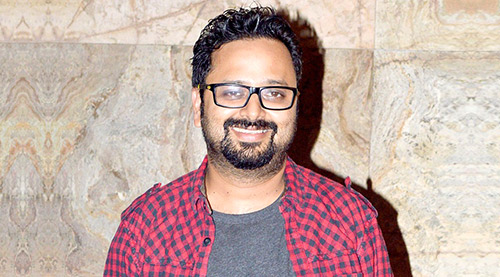 Nikhil Advani's ambitious 126 episode television series 'Prisoners of Wars' is all set to air on Star Plus this October. The series is based on the original Israeli series by the same name which was adapted into the critically acclaimed American TV series 'Homeland' (Nimrat Kaur played a Pakistani spy in the last season) which has had five seasons so far. The promo of this lavishly mounted television series will air tomorrow, on September 23 and it will also be attached to the Sushant Singh Rajput starrer M S Dhoni The Untold Story on September 30.

I saw the promo today and came back really impressed. It is closer to the Nikhil Advani of Kal Ho Na Ho and D-Day rather than the damp popcorn Hero or half-baked Katti Batti. Satyadeep Mishra and Purab Kohli are war prisoners who escape the clutches of Pakistani jail after suffering ignominy and suffering for 17 long years. Their wives, Amrita Puri and Sandhya Mridul, respectively, had given up all hopes and they were happy yet perplexed to have their husbands back. The 'Prisoners of War' also have to go through an Agni Pariksha at the hands of their own people as well. The television series looks lavishly mounted and caters to family audience. Half an hour episodes will be aired for five days a week.

The Israeli version of 'Prisoners of War' was created by Gideon Raff. Nikhil Advani enthusiastically communicated with Raff via Skype and with his team of writers and fleshed out a narrative that caters to Indian ethos that reeks of plural cross-cultural interactions. Advani has been a commercial filmmaker who values and respects artistic credentials. It seems he shall achieve both with 'Prisoners of War', more so because television is a massive medium and if you are good you carve a niche amidst a wide spectrum of people.