There's no doubt Priyanka Chopra and Nick Jonas are making waves with their relationship. The two stars from different industries have been dating for over two months. From date nights to vacation trips, the hot new couple has done it all in style without worrying about what the society has to say. While Nick Jonas has had past relationships with older women, this would definitely be the first time Priyanka is dating someone much younger to her. While many are loving them together, PC has been receiving a lot of backlash for dating someone who is ten years younger than her. 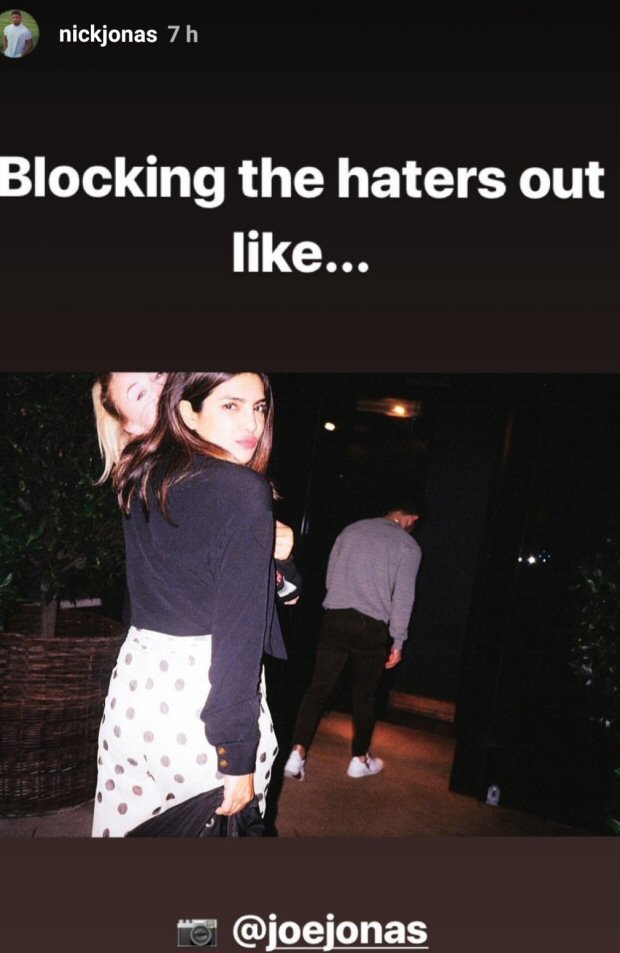 But, Priyanka Chopra's beau Nick Jonas is not here to take any criticism. The rockstar has a message for the haters with an amazing picture of PC. He shared a strong message with a picture of his girlfriend and brother Joe Jonas' fiancé Sophie Turner with this caption, "Blocking the haters out like..." The picture is from the double date night just before Priyanka's 36th birthday where Nick was the fifth wheel. Nick surely has his girlfriend's back.

Priyanka Chopra spent the entire birthday week with Nick Jonas in London. She rang in early birthday celebrations with Nick's brothers and then ended it with a cosy dinner with her beau. It seems like the couple is growing strong and no amount backlash will affect them.