Karan Johar recently planned a lavish birthday bash for his 50th which was attended by the who’s who of the industry. Amidst that was also, Jugjugg Jeeyo actress Neetu Kapoor. The veteran actress was seen in her usual stylish self as she walked the red carpet for Karan Johar’s birthday bash with son Ranbir Kapoor. Missing from the party was her bahu (daughter-in-law) and KJo’s mentee Alia Bhatt. 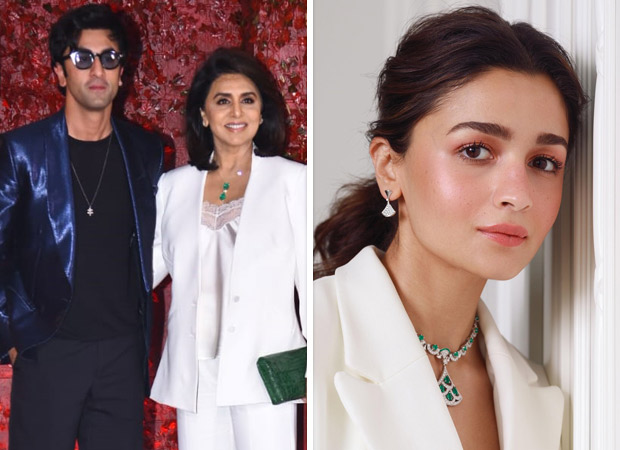 Alia Bhatt is currently shooting for her Hollywood debut venture Heart of Stone with Gal Gadot in United Kingdom. Due to her schedule, she had to give Karan Johar’s birthday bash a miss. When Neetu Kapoor was leaving the bash along with Ranbir Kapoor, she was asked about her daughter-in-law. This is not the first time the actress was asked about Alia and Neetu in her own sweet way had the perfect answer for the paps questions.

In a recent video that has been doing the rounds on social media, Neetu Kapoor greeted the paps warmly adding, “Aap sab bade achhe lag rahe ho suit boot mein.” The paps responded saying that they dressed up for ‘Karan bhai’s’ birthday. They also asked her to say a few words about her daughter-in-law. To the same, Neetu answered, “Phir bahu yaar!” but continued, “Ab bahu sab khushal mangal hai, she is very happy. Ab aage bado!” Further the photographer went on to add that he and the rest of the people are waiting for her comeback film Jugjugg Jeeyo.

The trailer of the forthcoming wedding entertainer Jugjugg Jeeyo was released recently amidst much fanfare. Besides Neetu Kapoor, the film also stars Anil Kapoor, Varun Dhawan, Kiara Advani, Maniesh Paul, and Prajakta Koli among others. It is slated to release on June 24, 2022.