Shah Rukh Khan and Karan Johar’s friendship is well known among fans. In the director’s recent birthday party, SRK was present, albeit avoiding the paparazzi by entering through a different gate. A video has surfaced that shows Shah Rukh grooving to a song from his own film that KJo directed. 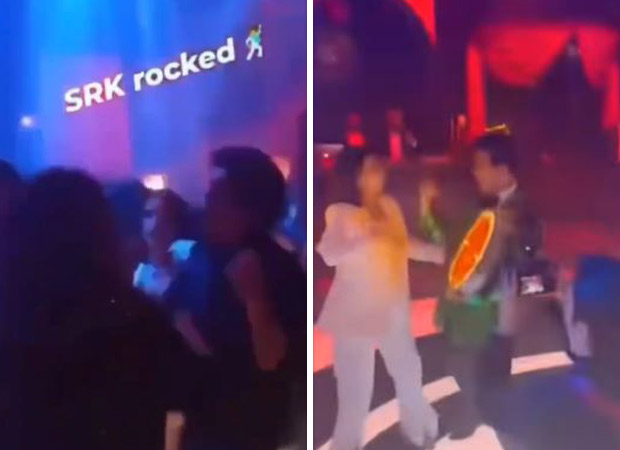 Karan Johar's 50th birthday bash is the most talked about event this week. On Wednesday night, the who's who of the film industry gathered at Yash Raj Studios in Andheri, Mumbai to celebrate Karan Johar's milestone age. The theme was bling and red carpet and every guest lived up to it. Karan has been a part of the industry for over 25 years and some of his closest friends are biggest stars of the film fraternity. All his close friends from the Hindi film industry including Kajol, Twinkle Khanna, Manish Malhotra, Gauri Khan, Shah Rukh Khan, and many others were present at this bling-y bash with a unique and glamourous theme.

While Shah Rukh Khan quietly entered the venue from a separate gate, smartly evading the paparazzi, a video of the superstar dancing at the party has gone viral. In the video, Khan can be seen dancing enthusiastically to the song ‘Koi Mil Gaya’ from the film Kuch Kuch Hota Hai which was directed by Karan Johar. The film also starred Kajol and Rani Mukerji, both of whom were at the party.

Karan was also seen grooving with Ranveer Singh and Neetu Kapoor to the song Dafli waale. He also did a duet with Kajol on the song 'All Night Long'.

On his 50th birthday, Karan Johar also announced his new directorial venture, an action film. The film will go on floors after the release of Rocky Aur Rani Ki Prem Kahani next year.

ALSO READ: Shah Rukh Khan was at Karan Johar’s 50th birthday bash; But here’s how he evaded the paparazzi