Amitabh Bachchan’s granddaughter Navya Naveli Nanda may have rejected a Bollywood career but she continues to be a social media sensation. Taking advantage of her popularity, Navya shared a strong feminist message on ‘consent’ on Instagram that has earned her appreciation not only from followers and friends but also her family.

Navya Naveli Nanda shared a photo of her wearing a t-shirt that read ‘क से कंसेंट’ on her Instagram page. The message that loosely translates to C for Consent has earned loads of appreciation. Her friends from B-town including Suhana Khan, Ananya Panday and Khushi Kapoor gave her thumbs-up for this post by reacting on the picture. 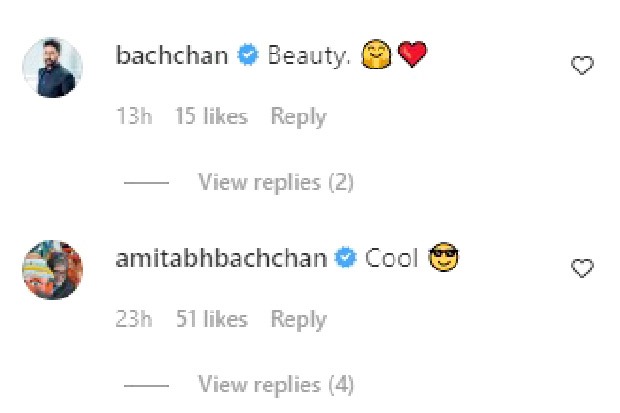 For the uninitiated, Navya Naveli Nanda is the daughter of Shweta Bachchan and businessman Nikhil Nanda. She has a brother named Agastya Nanda. After finishing her digital technology course from New York, Navya returned to India not as a Bollywood star but as an entrepreneur. While she has maintained that she has no plans of entering Bollywood, Navya is happy to be a part of the business world. She turned entrepreneur with the organization called Aara that works towards mental well-being of people along with Mallika Sahney, Pragya Saboo and Ahilya Mehta.

As for her personal life, rumour has it that she is dating Gehraiyaan actor Siddhant Chaturvedi.