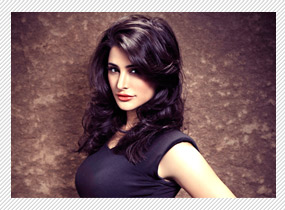 With her poised confident screen presence and a deep understanding of her role in Shoojit Sircar's Madras Café, Nargis Fakhri has finally arrived in Bollywood.


The period of exile after her debut on Rockstar was confusing for the beautiful foreigner. Imtiaz Ali, Ranbir Kapoor and the rest of the Rockstar team had taken Nargis under their wings. But after the release when she and performance were rejected, Nargis found herself isolated and disoriented in a city and profession she knew nothing about.


"I was clueless," she laughs. "It was a disappointing time for me. I couldn't share it with my mother. Because she would've just ordered me home. But there was no dearth of work. I was getting these endorsements, shooting magazine covers. But very frankly Rockstar was too vast an experience and culturally too distanced from where I come from, for me to handle. I didn't understand the culture or the milieu. Just imagine if tomorrow you're offered the main lead in a big Chinese film where they tell you, you are the ideal choice. That's exactly how I felt when I was did Rockstar."


Madras Café fitted Nargis' personality. "I play a journalist. And I was required to speak only in English. My Hindi is still rusty. But at least now I understand Hindi, so when John Abraham speaks to me I am not lost. And I got to speak in my voice in Madras Café. So it's one consistent performance visually and vocally. Speaking in someone else's voice in Rockstar was very confusing for my performance. I should've insisted on using my own voice. I guess I am not the kind of who girl who throws a tantrum to get her away."


What Nargis enjoyed in Madras Café was her role's austere minimalist approach. "The girl I play is a no-nonsense professional. I didn't have to wear heavy makeup, false eyelashes. I was required to behave as naturally as possible."