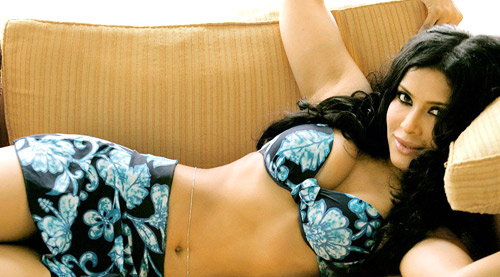 One of your favourite projects Rang Rasiya is finally releasing. How does it feel to have it out after so many years?

Not true at all. Ketan and I were both bewildered to read about this fictitious NOC! From the start of our talks, it was as much Ketan's choice as mine that I should be comfortable with the content of the sensitive scenes, and I took time to think it over and discuss it with my extremely supportive family, before making a decision. Incidentally, no one from the producer's, director's, or distributor's side has ever been in touch with me about any publicity materials, let alone an NOC, so there was never a question of my blocking the film's creative freedom.

Has your attitude changed and is there any self-imposed censorship after marriage?

I'm very passionate about my work. My attitude as an artist remains exactly what it was when I accepted the role, which was not an easy decision. The moment for examining my feelings and fears came before I said yes, not after. Rang Rasiya is an important and exceptional film, and I am as committed to every scene in it now as I was then.

Rang Rasiya is also about censorship?

Yes, it would be deeply ironic to censor myself in a film that criticizes censorship, wouldn't it?

You've been married for a year. What has it been like? Do you enjoy the boundaries that marriage places on your freedom?

I absolutely love being married, but the boundaries in my life have always been imposed by myself, not by any legal institution or social norm. Before I was married and when I shot Rang Rasiya, I was in a long relationship where my self-imposed boundaries were no less strong. When I'm in love, emotional commitment sets the boundaries, not legal status nor social clichÃ©s.

Where are you primarily based now? Are you still involved with the Child Rights organizations you championed?

I'm mostly in New York and London, but I need to be in India every 6-8 weeks. Yes, still very active as the Ambassador of both Operation Smile for children with cleft, and RAHI, for survivors of sexual abuse, as well as FXB International. Just a few weeks ago, I traveled to India and Myanmar to work with FXB Suraksha's Railway Children and FXB Myanmar's shelter for survivors of sex trafficking. A very moving trip, including a wonderfully warm and inspiring meeting with Aung SanSuu Kyi, whom I've admired all my life!

Are you still open to film offers? If so, what films are you drawn to, and whom would you like to work with?

Of course I am. Though sometimes it's hard to make the schedules work with a tri-continental life! (laughs) Right from the start, most of my films have had a strong social or political consciousness, be it Black about rights of children with disabilities, The War Within about international terrorism, The World Unseen about apartheid, or Rang Rasiya about freedom of expression.

Who are the Indian directors you'd like to work with?

It's an exciting time in Indian cinema. We have brilliant directors who make unique films that are captivating for a wide audience, yet have a strong social dimension like Raju Hirani, Pradeep Sarkar, Rakeysh Mehra, Gauri Shinde, Vikram Motwane, Ritesh Batra to name a few. I'm drawn to films that change the way we look at ourselves and our worlds, that make a difference without being arty or preachy. I want to be in films that aren't afraid to break the mould.