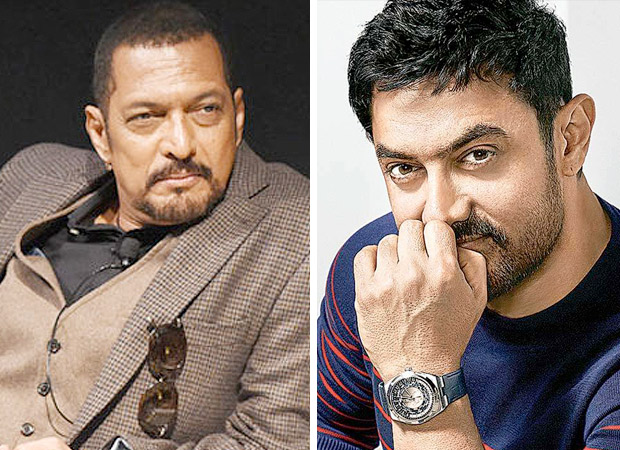 Nana Patekar is known to be a man of strong principles and clear ideas. He was the first actor from B-Town to come forward and extend financial support to the farmers in Maharashtra and he and Makarand Anaspure started the Naam Foundation, a non-governmental organization in 2015. The NGO works towards building self-sustainable villages by working on issues such as infra-structure, education, employment and food. Last year, Aamir Khan had appreciated the senior actor’s efforts to help farmers and their families and said he was planning to join hands with Nana with his NGO, the Paani Foundation, to solve the issues faced by the farmers in Maharashtra.

Nana tells us that while he met Aamir to discuss the issue he decided not to join hands with him. “I don’t want to do it with Aamir because our way of treating the issue is different. He came and met me and while we sat and chatted for over four hours, I told him kisano padana, seekhana, lecture dena - woh baad ki baat hai (teaching the farmers, educating and lecturing them on the usage of water) comes later. First their stomachs need to be filled. If we have to call the children to come to study at schools first we must feed them. If they know they will get food to eat there every day then they will come. Then we can start teaching them. The same applies to the farmers too. Also I have to add that ever place or village has different problems which we need to treat differently. In the Konkan belt nobody commits suicides because they say that they won’t take loans - jitna hai ussi mein rahenge, utna hi khayenge. If their child gets married they won’t take loans. In western Maharashtra and Marathwada the children get married in a grand way and loans are taken. That’s how the problems start.”

The Naam Foundation is a wonderful initiative taken by him. Nana says, “I am not doing it alone but with my friend and actor Makarand (Anaspure). I had kept some money, about Rs.1.5 crore, aside to buy a car when I saw the wife, children and parents of a farmer, who had committed suicide, giving interviews. On their faces was the fear - where their next meal was going to come from? So I decided I would donate that money to the families of the deceased. I told Makarand about it and he asked me to come and meet the people. I was reluctant initially as I didn’t want to make a big deal out of it but after I visited Beed (in central Maharashtra) where I saw more than 200 widows, I realized ki yeh kaam toh khatam hone wala nahi (this work will not end here) and that is how we started the Naam Foundation. We have managed to collect Rs.60 crore through the people in six months. It was amazing. Now we have started excavating in all the places for water.”

Apart from his social work, Nana is also busy with his next release. On February 9, Nana will be seen in Satish Rajwade’s urban thriller, Aapla Manus, produced by Ajay Devgn, Abhinav Shukla and Rohit Chaudhury. Nana plays an investigative officer in the film, who enters the lives of Sumeet Raghavan and Irawati Harshe, turns it upside down and adds the twist to the tale. Talking about his role, Nana says, “My character is one who doesn’t reveal much about himself in the beginning. You are always curious to know about his emotions and background and slowly and subtly when you see the way he is with children or on the road or with his colleagues that you come to know. His character is revealed gradually and delicately – like they do in Bengali films. It was a joy working with Satish in the film who was always prepared on the sets. More than 50 per cent of your job is done when your script is up to the mark. Execution becomes easier then especially when you have such good artistes like Sumeet and Irawati with you. They have done a fabulous job as has the cameraman.”