Did Shabana Azmi, unarguably the finest living female dramatic actor of Hindi cinema, consider Dilip Kumar the finest male actor? Responds Shabana,“Acting is not like a horse race where the one who runs fastest is judged the best. A most definitive Hamlet can be a disastrous Othello. So how do you rate an actor the best?” 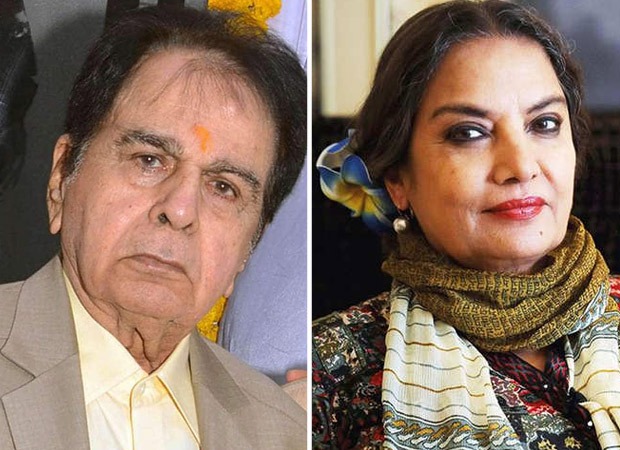 By her / his versatility? Avers Shabana, “In that regard as in many others, Dilip Saab was unparalleled. Tragedy or comedy he was unmatched. He had an alluring presence both on and off screen. He could hold you enthralled for hours with his knowledge on arts, politics and current affairs.”

Shabana reveals that Dilip Saab was a patron of the arts. “He had the good grace to be very respectful to poets and would attend many mushairas to honour them. Unknown to him I was his Eklavya and learned so much from him not only as an actor but also as the person he was.”

And before we forget Shabana reminds us of how socially committed he was. “Whether it was for the National Association for the Blind or for Communal Harmony he was always in the forefront. During the Mumbai riots his house became a virtual rehabilitation centre for the riot victims. He led like a General.”

Praising Sairaji’s devotion to her husband’s health, Shabana says, “Sairaji has been an incredible caregiver. And I salute her for being an example of what devotion to your partner means. We must not mourn Dilip Saab we should celebrate him.”

Also Read: BREAKING: Karan Johar gets Dharmendra, Jaya Bachchan, Shabana Azmi, Ranveer Singh and Alia Bhatt together for his next