With new generations of actors taking over, like Ranbir (Krishna Kaul), Prachi (Mugdha Chapekar), Rhea (Tina Philip), Shahana (Aparna Mishra) and Aaliya (Reyhnaa Pandit), Zee TV’s popular fiction show, Kumkum Bhagya, remains to be one of the audience’s favorites. While all the stars have been working round the clock to keep their viewers entertained with the thrilling twist and turns in the show, it looks like Mugdha and Aparna have been having a gala time shooting with each other. 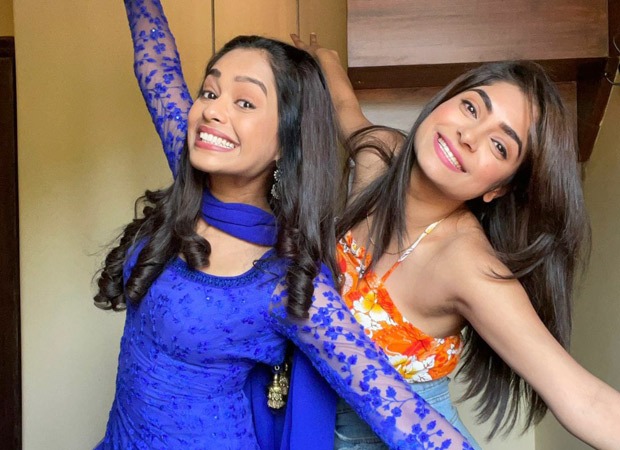 “Mugdha and I have turned into real-life sisters courtesy of Kumkum Bhagya,” mentions Aparna Mishra

The duo has been inseparable on the set and these on-screen sisters have started having a sibling sort of relationship, off-screens as well. In fact, Aparna recently mentioned that she trusts Mugdha so much, that she feels she places more faith in her than herself. She also believes that they share a strange connection where they can read each other’s minds easily. The actress cherishes her bond with Mugdha a lot and wishes nothing but the best for her.

Speaking about it, Aparna said, “Being with Mugdha is like staying at a home, away from home. We have been shooting together for more than three years and now, we are like sisters. In fact, you can say that Mugdha and I have turned into real-life sisters, courtesy, Kumkum Bhagya. Right from eating together to watching movies and surprising each other, we love spending time together. We also share a really strange connection where without telling each other, we can guess what’s on each other’s minds. I absolutely trust her with all my secrets, even more than myself, and she loves me like a younger sister. It is actually remarkably similar to the bond we share on-screen as Prachi and Shahana, so it makes it even more special.”

While Aparna and Mugdha are bonding on the set like never before, looks like the upcoming twist in the Kumkum Bhagya tale is going to keep everyone at the edge of their seats.