Just a few days ago, Mishti Chakravarty had spoken up against Kangana Ranaut and what she had done to Manikarnika – The Queen of Jhansi. Many actors, who were a part of the film, have expressed their discontent over the editing process and how their roles were chopped off to give more and more footage of Kangana Ranaut. Mishti, who made some startling revelations about how she was promised more screen space but it never happened and others, now spoke about director Krish and the kind of treatment he received when he returned to the sets of Manikarnika. 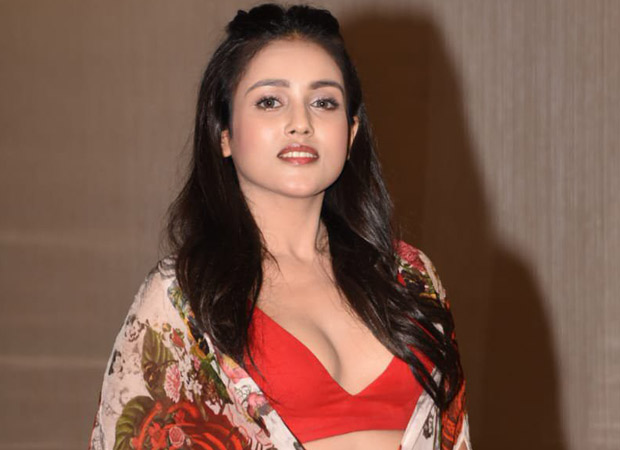 Manikarnika – The Queen of Jhansi: Mishti makes another SHOCKING revelation about the Krish – Kangana Ranaut row and what happened on the sets

Readers may be aware that even before the completion of Manikarnika – The Queen of Jhansi, Krish had started work on NTR Biopic. However, the filmmaker asserted that he completed major portion of the film, a stand maintained by many who worked for the film. Coming out in support of Krish, Mishti Chakravarthy has already asserted in the past that her role as Kashi Bai was one such role which suffered miserably at the edit table because most of it was chopped. Yet again Mishti spoke about what went wrong on the sets of Manikarnika as she revealed that Krish was probably not welcome to be a part of the film anymore.

Mishti, who attended the music launch of ‘Hone De Ishq Shuru’, was asked about Manikarnika and how it changed her life. The actress didn’t stop herself from gushing about the film but she also extended her support to Krish’s version of the story. She jumped to defend Krish saying, “The director had completed the movie. When he left, there was only patchwork left. Also, he didn’t leave the movie but that’s a different story altogether.”

Asserting that he had indeed not left the movie, she said, “The director had made the entire movie and only the patchwork was left. Then he had to sign the NTR biopic that he was doing down South and all he said was, I will go back, sign it, take up the work and come back to do the patchwork. But then, I assumed that he wasn’t welcomed [on the sets] after that.”

Besides these, she further elaborated on how hurtful she felt wherein she added, “Yes I agree that the film is about Manikarnika and had not much to do with Kashi Bai but my problem is when you are promised something, you failed to deliver that. For example if I have been told that I have a five minute where I am asked to shoot a gun and then, in the final cut of the movie all I am doing for those five minutes is sweeping, obviously I will be disappointed right?” The actress clarified that after the scenes were shot and the dubbing happened and ‘someone’ tampered with the final product. “Although I am not accusing anyone and they would have reasons but it is really hurtful for any artist to see his role chopped off for no reason.”

Mishti voiced out about her role being cut out brutally from the film after director Krish voiced out the way the credits were snatched from him with Kangana Ranaut being added as the first name in the credits as a director.