Malaika Arora and Arjun Kapoor have been the recent cynosure of lenses and their relationship had fuelled up speculations about marriage. From a Christian wedding on the cards to the marriage date, there are many reports floating around the couple. While Malaika denied about a marriage happening any time soon, Arjun Kapoor too has decided to clarify on the ongoing rumours. 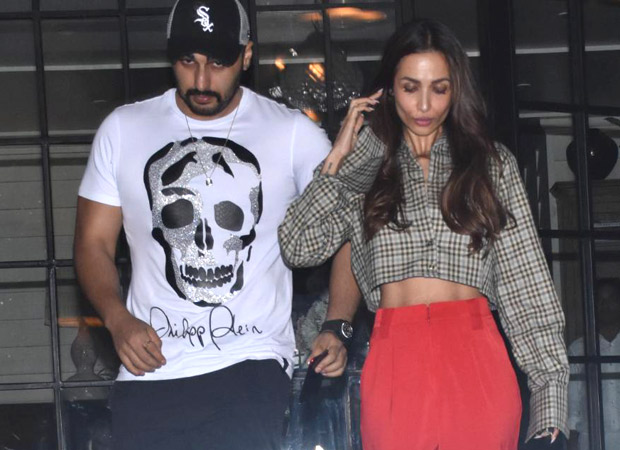 Arjun Kapoor was recently asked what would he like to say about the rumours of his marriage and he had this answer. He reportedly said that everyone would know when he has something to talk about. In an earlier interview, Malaika Arora had denied that there is no church wedding happening and had claimed that all the rumours and reports are purely media generated.

Even though Arjun Kapoor and Malaika Arora have maintained silence on their alleged relationship, they have been spotted together on many occasions. In fact, Arjun was spotted dining with Malaika and her teenage son Arhaan Khan. And Malaika too was seen bonding with the Kapoor family on more than one occasion. The rumours further increased when Malaika and Arjun were spotted together in Switzerland attending the Akash Ambani and Shloka Mehta pre-wedding ceremonies.

Although the couple has hinted at a relationship with their Instagram posts, their relationship was a discussion on the Koffee With Karan couch on more than one occasion. While Arjun had refrained from going into details, he maintained that he is in a relationship. On the other hand, when Malaika Arora came on the couch as a jury member, she was teased by her bestie Karan and the star had said that she likes Arjun this way or that way. However, the speculations about their impending wedding continue as some reports even have revealed details about their marriage preps.