The makers of Antim: The Final Truth have released a video exhibiting the making of Vighnaharta, one of the top-rated tracks currently. The making video reveals a fascinating and magnificent set-up, which rightly fits the celebration of Ganpati and his festival. 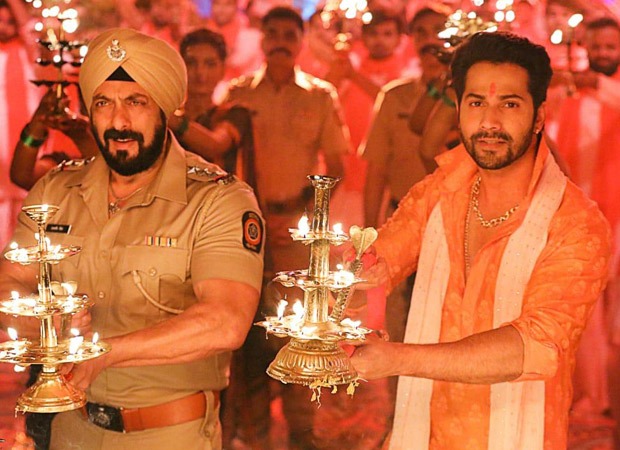 The celebratory track and its making exude the energy and excitement that went into making it. The making revels in the grandness of the Ganpati festival, and so it has shown in the track, too.

The video reveals the larger-than-life entry of Salman Khan, playing a cop in the film. What is more intriguing to notice in the making is that one can feel the devotion of the cast and the crew towards Ganpati while they were filming it.
The making goes on to show how hard Varun Dhawan and Aayush have worked on the making of the track. Varun, as usual, has lent his highly energetic vibe to the song, and Aayush meets and compliments him on every dance step, stance and attitude, and have followed the choreography like a ritual. The two have produced something electrifying and explosive.

The song is gleeful and celebratory and has received a tremendously positive response, raking vast numbers throughout platforms. The making has been equally entertaining for the cast and the entire crew, judging by the video. In the song and its making, the crew and the performing cast liven up the tempo and keep it up throughout the shoot.
During the filming of the song, Aayush had hurt his arm, which must have made the highly energetic dance steps a challenge to follow for him, but despite that, he has done a commendable job and given it his all, coming out on top of it.
Mahesh Manjrekar, the director of the film, has shot the track in a precisely articulate way, capturing the essence of Ganpati while maintaining the intrigue and the plot of the film at the same time.

The kind of responses and the reception that the dance track has received has paid off the cast and the crew's hard work and is only making the anticipation for the film's release get higher and stronger.

Antim: The Final Truth is presented by Salman Khan Films and produced by Salma Khan. Mahesh Manjrekar has directed the film.