Saand Ki Aankh will feature Taapsee Pannu and Bhumi Pednekar in the role of octogenarian shooters for the first time. While this is one of the few films which has attempted to trace the journey of a senior citizen, albeit the ones who found their passion for shooting post 60 years, the actresses playing these roles are almost half that age. Despite that the two actresses have expressed no inhibitions in playing these roles but were subjected to trolls by netizens when the first look of the film was released. However, co-producer Nidhi Parmar reacted to the trolls and also clarified that these actresses were never the first choice for the film which is also produced by Anurag Kashyap. 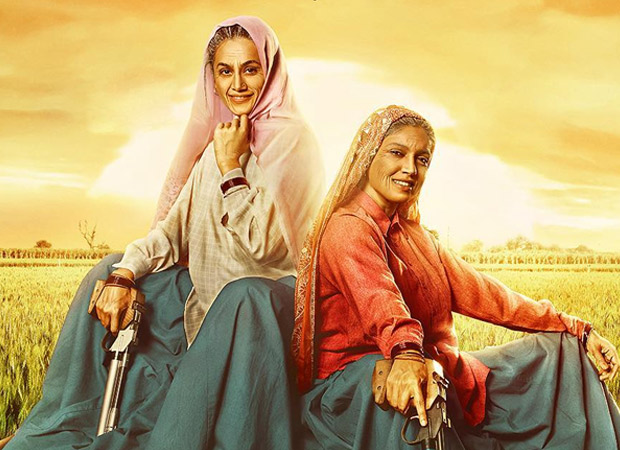 Nidhi Parmar spoke about the casting for Saand Ki Aankh in recent reports wherein she revealed that they had approached many senior actresses for the role. However, none of the deal worked through. She maintained that they all declined the role for various reasons, from refusing to going de-glam to not being ready to accomplish the required physical preparation for the film. In fact, she also mentioned that they had approached younger actresses for this role too but they too had their own concerns coming on board. But Taapsee Pannu and Bhumi Pednekar were ready to take these risks and were more than happy to fill in the shoes of Prakashi and Chandro Tomar.

Taapsee Pannu, in earlier reports, had revealed that she didn’t want to follow the Bollywood trend of young is beautiful. She added that when she played a college student at the age of 30, no one questioned her so one shouldn’t do it her now too. She believes that she has received a rare opportunity of ageing on screen and it should leave others surprised at their risk instead of trolling them.

On the other hand, Bhumi Pednekar placed examples of the ones who have done this in the past like Nargis who played an older mother in Mother India and Anupam Kher in Saaransh. While fondly appreciating the risks they had taken then, she expressed confidence in mentioning that if they can play younger characters, they can essay older ones too.

Saand Ki Aankh is directed by Tushar Hiranandani and is based on real life incidents. The film is expected to hit the big screens during Diwali this year.