If you wanted to see Randeep Hooda in an out and out action film, then your wishes are about to be granted. He will be seen doing high octane fist-to-fist action stunts in the movie Radhe: Your Most Wanted Bhai. What’s more is that movie brings back the deadly combination of Randeep Hooda and Salman Khan after Sultan and Kick, but in Radhe, Salman will be locking horns with Randeep. 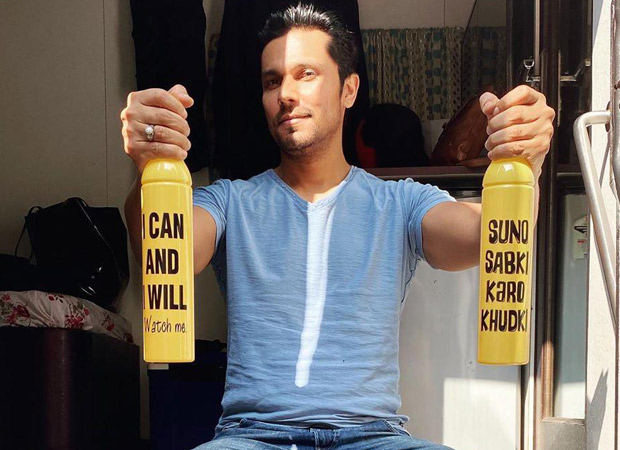 Randeep recently took to his Instagram to share a sneak peak from the sets of Radhe. He also mentioned how this was set was completely plastic free. He can be seen enjoying the winter sun with two yellow bottles with quirky texts written on the same.

Taking to Instagram, Randeep Hooda, who plays an integral role in the action drama which is slated to release on Eid this year, announced the cast and crew of the film are going plastic-free. Sharing a picture of the customised sippers, Randeep wrote, "'Suno sabki, karo khud ki'.  #radhe is the first movie I’m working on which has done away with single use plastic bottles which were consumed in thousands earlier"

As many know, Randeep is an environmentalist by heart. He tries to do as much as he can to create awareness about protecting our environment and is often sharing pictures of wildlife

Directed by Prabhudheva, Radhe also stars Disha Patnai and Jackie Shroff. The cast is currently in Goa to shoot the second last schedule of the movie and it is expected that the entire shoot will be wrapped up by February. Radhe will release on Eid 2020.

Disha Patani dances on 'Lean On' with a…