After a teaser, followed by a motion poster in April, the makers of the much awaited movie Main Mulayam Singh Yadav launched a new poster on June 25. The film is based on the life of former Chief Minister of Uttar Pradesh, Mulayam Singh Yadav. Actor Amyth Sethi will play the title role in the movie which is directed by Suvendu Raj Ghosh and produced by Meena Sethi Mondal. It also features Mimoh Chakraborty, Govind Namdev, Mukesh Tiwari, Supriya Karnik, Zarina Wahab, Sana Amin Sheikh and Prerna Sethi Mondal amongst others. 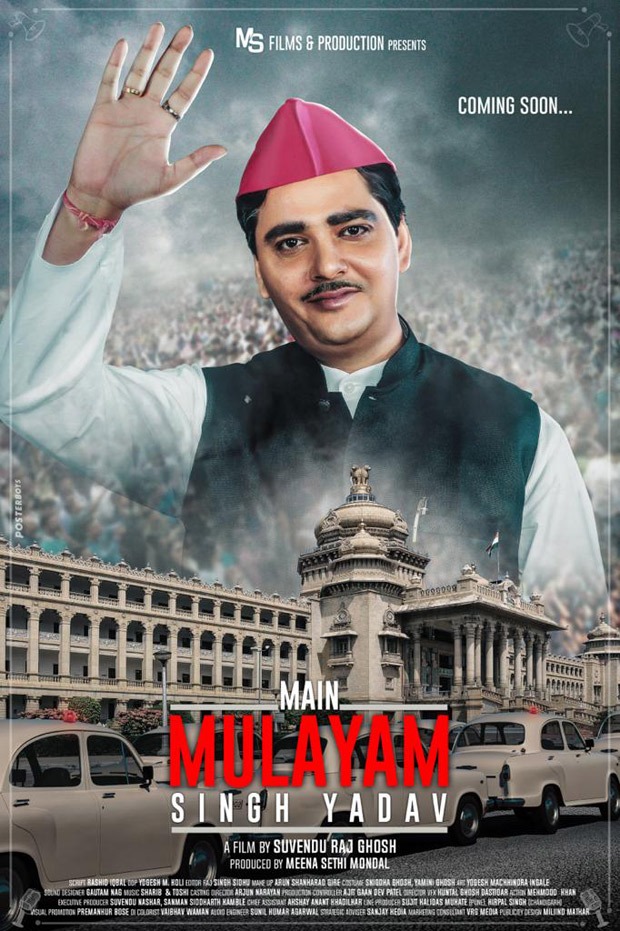 In the poster, Amyth Sethi is seen donning the avatar of a politician, raising his hands in assurance towards the crowd. It also gives us a glimpse of the Uttar Pradesh Assembly House. The movie is set to hit cinema halls later this year and the release date will be announced soon.

Talking about the film, Director Suvendu Raj Ghosh says, “Mulayam Singh Yadav the name itself is the resonance of power. His journey should be unveiled to the people. It is a journey of a peasants' son becoming the most powerful man as Chief Minister of Uttar Pradesh, one of the biggest states of India. What he did for his state and the people is astonishing. I am honoured to reveal his untold story in front of the world. This is going to be the first standing biopic of a politician based on true events.”

From a teacher in a School to Chief Minister of Uttar Pradesh, Main Mulayam Singh Yadav is the journey of a man who was in jail for 19 months at the time of Emergency. The man who was shot on the day, he won his very first election. It is the story of a man who wrestled and found his way among the giants. When capitalism and bureaucracy were the main pillars of politics, he came and changed the scenario. He gave tough competition to many big political parties and popular personalities of Indian politics.