Makers are claiming this to be one of the best political biopic Bollywood has ever seen. It is going to reveal Uttar Pradesh actual dirty politics and Mulayam Singh Yadav struggle from a farmer son to the Cheif Minister of Uttar Pradesh. 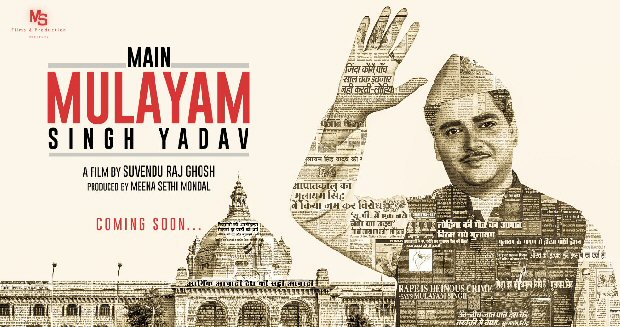 This is an extraordinary story of how a farmer's son, based out of a small village in Uttar Pradesh, becomes a supreme leader of his state. Director Suvendu Raj Ghosh and Producer Meena Sethi Mondal have come together to deliver this inspiring tale with Amyth Sethi in the lead of role as Mulayam Singh Yadav. Produced by M S Films and Productions. Slated to release on August 14, 2020.

A farmer's son in a small village called Safai in Etwas district of Uttar Pradesh fought in most adverse condition to become the supreme Leader of his state. Coming from a very humble background his father wanted him to become a Wrestler, but he was destined to become something bigger. In one of the wrestling contest a local Political leader Nathuram saw this young boy when he slammed wrestlers who were double the size of him, Nathuram saw this strong willed boy and gave him his first opportunity to enter Politics.

It was his destiny that Nathuram also introduced him to one of the most influential leaders of the country of that era Dr Ram Manohar Lohia. Nathuram also helped him with a job as a teacher in Karhal but his main focus remained Politics. Lohia's convictions towards the equality of people and other social justice issues strongly influenced Yadav's own ideas about standing up for the rights of minorities and his actions based on those principles marked his subsequent political career.