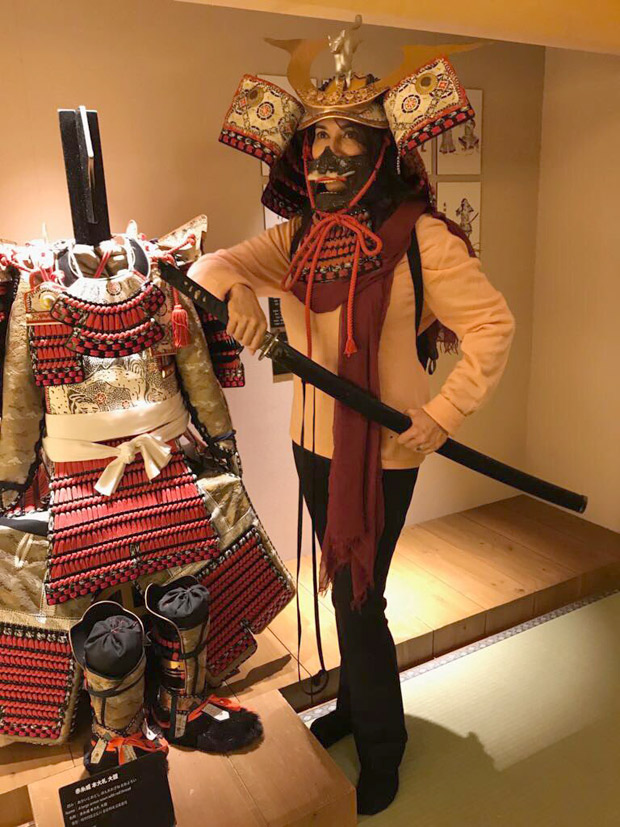 It is a known fact that many from B-town had taken off to their favourite destinations to ring in the New Year’s Eve and it seems that the holiday season continues for some of them. Although many stars have returned to work, some are yet to return to the city but not before enjoying their trip to the fullest. One amongst them is Madhuri Dixit.

She tweeted the picture along with a caption that read, “Tried the Samurai headgear (weighs a ton) and sword. All the warriors all over the world must have been so strong to wear such heavy gear, ride their horses and fight with heavy swords. Respect! Salute! #Samuraidiaries.”

Well, we must say that Madhuri Dixit definitely pulled it off with panache. In fact, from what we hear, it seems that the actress is so much in awe of the Samurai culture that she has been sharing a few posts related to the same during her Japan trip. Prior to this, she had also posted a boomerang video of an expert practicing Samurai sword moves on the same social media platform.

On the work front, last seen in Gulaab Gang, Madhuri Dixit is enjoying her stint as a dance teacher as she has started her own digital endeavour of an online dance academy. Besides that, recent reports have it that the actress will be back on the silver screen with the film Total Dhamaal and will star alongside one of her most popular 90s co-star Anil Kapoor in the film.

Mallika Sherawat poses in a yellow bikini as…