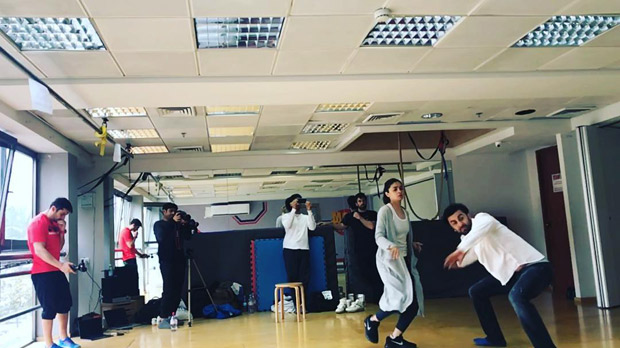 Ranbir Kapoor, Alia Bhatt, and Ayan Mukerji took off to Israel to kick start the training for the first schedule of their superhero flick, Brahmastra. The trio spent the New Year's Eve travelling to Israel and soon began prep for the same.

On January 2, Ranbir Kapoor, Alia Bhatt and Ayan Mukerji were seen enjoying the beautiful morning in Israel and having a cup of coffee before getting the work started on the film. Later the same day, the lead actors were seen in their training room where they were training with Ido Portal in movement and scene design.

The shooting for Brahmastra will begin in the month of February. According to the reports, Ayan Mukerji has planned to shoot the first part of his trilogy in Israel and Jordan.

Directed by Ayan Mukerji, Brahmastra would be Ranbir Kapoor's third collaboration with Ayan post Wake Up Sid and Yeh Jawaani Hai Deewani. It would be the first time Ranbir will be sharing screen space with Alia Bhatt. Produced by Karan Johar’s Dharma Productions, Brahmastra also stars Amitabh Bachchan and is set to release on August 15, 2019.