Varun Dhawan and Alia Bhatt are all set to come together for the fourth time in Abhishek Varman's Kalank. The film stars an ensemble cast including Aditya Roy Kapur, Madhuri Dixit, Sanjay Dutt and Sonakshi Sinha. While this is the first time Alia and Varun are starring alongside Madhuri, they were in the recreated version of 'Tamma Tamma’ song in Badrinath Ki Dulhania which was picturized on Madhuri and Sanjay. 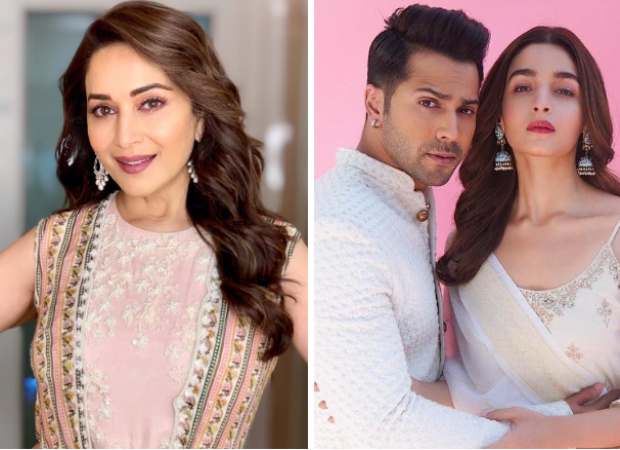 Speaking to Madhuri Dixit who is busy with the Kalank promotions, the actress revealed what she learnt from the new generation stars Varun Dhawan and Alia Bhatt. The actress said while Varun is sharp when it comes to marketing skills, Alia is definitely one of the finest stars. “People keep telling me Alia said this or that [about me]. But it’s just not them. It’s us too. When we work with them, we get to learn a lot. I see how they handle social media. Like we call Varun the marketing guru [laughs]. He knows how to market something. When I watch them, it inspires me also. I imbibe it in my own life as well. So, even I have started having fun with social media,” the actress said.

Madhuri further talked about how Alia Bhatt lives the roles she portrays on screen. “Alia is someone who gets into the skin of the character. I have seen her in Udta Punjab (2016) and Highway (2014). I think she becomes the character. She completely absorbs the character. She is an amazing actress. She has played varied kind of roles in Raazi (2018) or Gully Boy (2019). You take any of her film. It’s very different from the other. That’s amazing about her,” she added.

ALSO READ: Kalank: Madhuri Dixit reveals she would give marks to Varun Dhawan for his dance when he was a kid