Kabir Khan directorial '83 is just one year ahead of its release and the team is all pumped up for kick-starting the shoot as they poster for a picture. The oozing energy and enthusiasm of the players are contagious and the spirit of the team is inspiring. Wrapping the training session in Dharamshala, Ranveer Singh and team along with Pankaj Tripathi got clicked before heading back from Himachal Pradesh. Within no time, the picture broke the internet creating a huge buzz amongst the film as well as cricket fanatics. 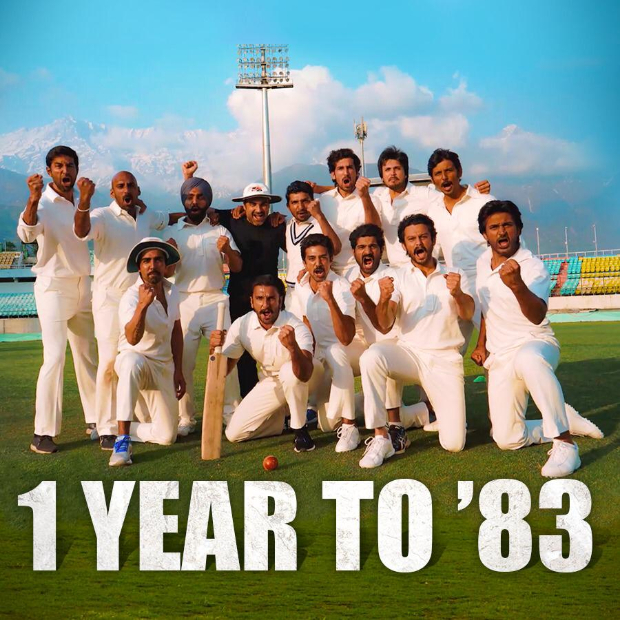 Adding to the excitement of one of the most anticipated films of the year, '83 has been sharing pictures of the team as they gear up for the film along with Kapil Dev, Balvinder Singh Sandhu and Mohinder Amarnath. The real-life legends of cricket and sharing their experience and guiding the on-screen players.

Touted as the biggest sports film of the country, '83 is slated to be released on 10 April 2020 in Hindi, Tamil and Telugu. It marks the first-ever trilingual release for both Ranveer Singh and director Kabir Khan.

ALSO READ: '83: Ranveer Singh is on top of the world, trains with Kabir Khan and team in Dharamshala

5 Years of Bajrangi Bhaijaan: Here’s how…