Madhuri Dixit and Raveena Tandon caught up with each other on a dance reality show Dance Deewane. Madhuri, who has been busy with her judge duties on the show, met the actress after a long time. And well, the two couldn't get enough of each other. 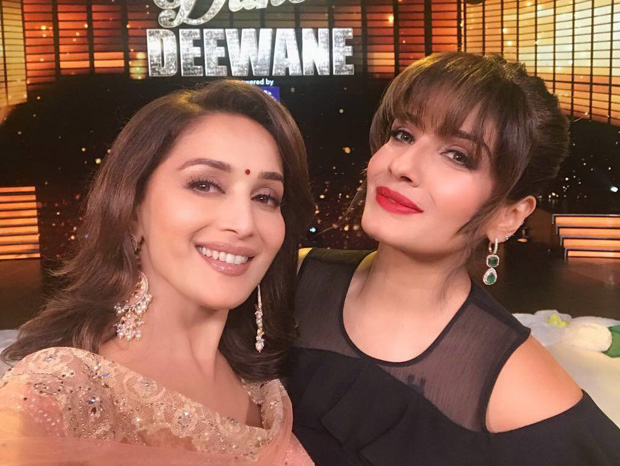 The BTS video from the dance show has come out on the internet and it is every bit sweet! They are interacting with each other warmly and are seen hugging each other, casually catching up on life and times like old pals. In n industry like Bollywood, there has been a lot of contention over how two leading actresses can never be friends but this warm exchange between Madhuri and Raveena is a total antithesis to this stereotype. On the show, where both the beauties were present, two contestants presented a tribute to Raveena by dancing on ‘Tip Tip Barsa Paani’. Madhuri was all praises for Raveena who in turn was overwhelmed by the praise. Therefore, she hugged Madhuri as she was overwhelmed with all the adulation that came her way from the Dhak Dhak girl.

Check out the video below and tell us if we're wrong.

Lmao these two are seriously crazy ???????? @madhuridixitnene @officialraveenatandon Who did better? #comedy