Besides being movie stars, Ajay Devgn and Kajol are also doting parents. Despite having a busy professional life, Ajay Devgn and Kajol always take time out to spend time with Nysa Devgn and Yug Devgn. While Ajay is currently busy with the shooting of his next film with Luv Ranjan, his entire family is currently in London to spend quality time. Just on Wednesday afternoon, Ajay shared a cute picture with his little boy as they rode a rad monster bike. 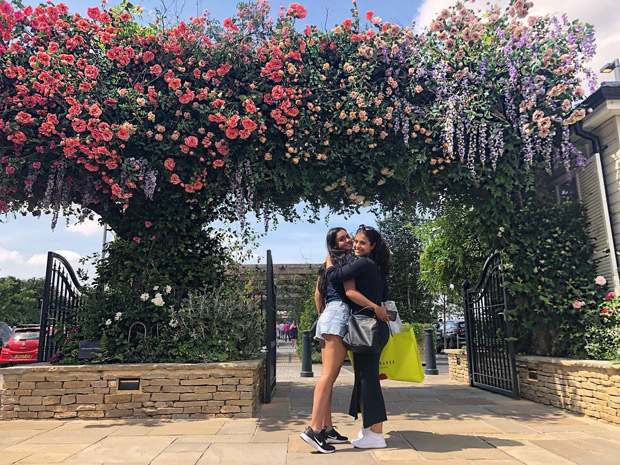 Following the footsteps, Kajol shared a lovely moment with her daughter Nysa. Nysa, who studies in Singapore, is currently vacationing with her family. They recently visited Bicester Village in London during their sightseeing and shared a cute hug while posing for a picture. Striking a pose at a picturesque location, she wrote, "When my baby smiles the whole world blooms..... #bicestervillage #summerlovin."

On the work front, Kajol will be seen in Pradeep Sarkar’s Helicopter Eela. It is said to be an adaptation of Anand Gandhi’s popular Gujarati play ‘Beta Kaagdo’ [Son, Crow] and is produced by Kajol’s husband Ajay Devgn and Jayantilal Gada (Pen India Limited) the film.