At the turn of the century, filmmaker Karan Johar entertained us with two of his most memorable films- Kuch Kuch Hota Hai and Kabhi Khushi Kabhie Gham. Even after all these years, these films continue to rule our hearts. Now, with the ongoing digital revolution, Karan Johar's Dharma Productions which is largely associated with making larger-than-life films have established themselves on digital platforms with quality content. On Thursday, ahead of the release of the Netflix original series The Fame Game starring Madhuri Dixit in the lead, Karan Johar took to Instagram to speak about his partnership with Netflix India. 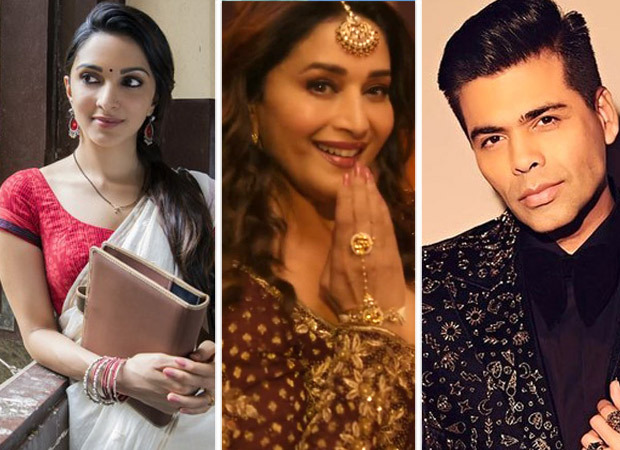 From Lust Stories to The Fame Game, Karan Johar reflects on his special partnership with Netflix India

Sharing a poster of Madhuri Dixit starrer The Fame Game, Karan wrote, "My digital journey began with #luststories on @netflix_in and from then grew a partnership that will always be special to me and all of us at @dharmaticent and @dharmamovies …. We had not only had an immensely collaborative partnership but also a supremely successful one … from the crazy bingy #fabulouslivesofbollywoodwives to the dark and intense #ajeebdaastaans from the topical and relevant #guilty to the sweet burst of first love #meenakshisundareshwar … the power of #gunjansaxena to now our first scripted series #thefamegame".

"We are grateful to @netflix_in for nurturing our content with love and care! For searching for solid content within us and also #searchingforsheela #thefamegame is as I said our first scripted series and we can’t wait for the binge universe to consume it with the passion that we have made it with! #thefamegame drops tomorrow !!! Go make it your weekend binge," he wrote.

While The Fame Game is Dharmatic Entertainment's (digital vertical of Dharma Productions) first scripted series, Dharma and Netflix India have had a very successful collaboration with every project they joined hands. While Karan Johar's digital journey began with the successful Lust Stories on Netflix, in which he directed a short, Dharma Productions' first big direct-to-digital release was also on Netflix. In the wake of the pandemic, when theatres were shut down, it was Netflix that premiered Janhvi Kapoor starrer Gunjan Saxena: The Kargil Girl on August 12, 2020, and gave it a massive reach in India and across the world. Though the film got embroiled in some controversies, it had an overall positive word of mouth with almost everyone praising Janhvi for her mature performance. The film was trending on top 10 on Netflix India for several weeks making way for several interesting collaborations between Netflix India and Dharma Productions.

From Guilty with Kiara Advani, the multi-starrer Ajeeb Daastaans, to the variety show Fabulous Lives of Bollywood Wives, Dharma produced films and shows specifically made for Netflix India release. Their last collaboration with Netflix India was for the film Meenakshi Sundareshwar, a very different love story set in the Southern part of India. The film that featured Abhimanyu Dassani and Sanya Malhotra was much appreciated for its simplicity and innocence.

Netflix India and Dharma Productions then joined hands for the web series The Fame Game. The show sees Madhuri Dixit essay the role of superstar Anamika Anand who goes missing. The police set out to find Anamika, who unearth a lot of secrets from the superstar's life. Soon the investigation goes from 'Where is Anamika Anand?' to 'Who is Anamika Anand?'.The series directed by Bejoy Nambiar and Karishma Kohli also brings together a brilliant ensemble cast that includes Sanjay Kapoor, Manav Kaul, Suhasini Mulay, Muskkaan Jaferi, Lakshvir Saran, and Rajshri Deshpande in pivotal roles. The Fame Game will start streaming on Netflix from February 25.