This highly anticipated film brings to screen Bollywood stars Kartik Aaryan & Sara Ali Khan in the lead with Randeep Hooda and debutant Arushi Sharma in key roles. Kartik and Sara were rumoured to be dating but they never confirmed their relationship. The actress had mentioned that she would like to date Kartik on Koffee With Karan. 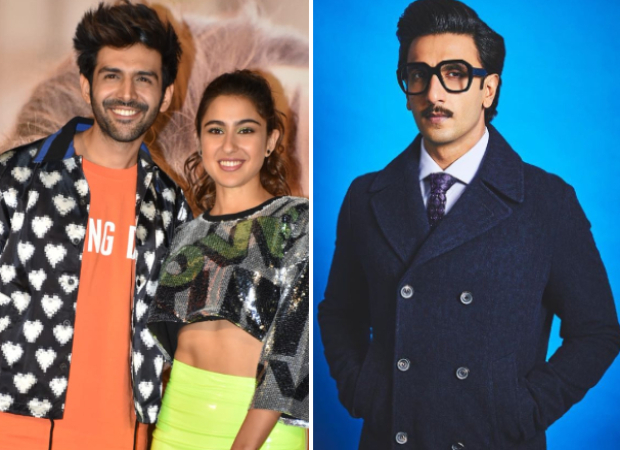 At the trailer launch, Kartik Aaryan thanked Ranveer Singh for introducing him to Sara Ali Khan. If one may remember, it was Ranveer who stepped up at an award show to introduce Sara and Kartik to each other which was caught on cameras by paparazzi. Kartik said, "Bahut acche se dosti karai thi, in fact. Ranveer jaise, jis tareeke se hai bahut khule khule se hain aur jis tareeke se unhone hum dono ko wahan pe milvaya tha hum logon ke bahut memes bane the saath mein and I really am glad ki Ranveer ne hum dono ki jodi banai, hum dono ko milvaya (I am really really thankful to Ranveer Singh for introducing the two of us to each other and becoming a link between our friendship).

While Kartik hesitated further, Imtiaz Ali said, "Aap aisa samajh lijiye ki jo kuch bhi hai Ranveer ki wajah se hai (You can say that all of this is because of Ranveer).

This Valentine's Day, Imtiaz Ali shares his take on love in the modern times with a dash of nostalgia. Love Aaj Kal presents a contemporary and relatable portrayal of two stories set in different times that interact to learn (or perhaps unlearn!) from each other, the different facets of love, commitment and relationships.