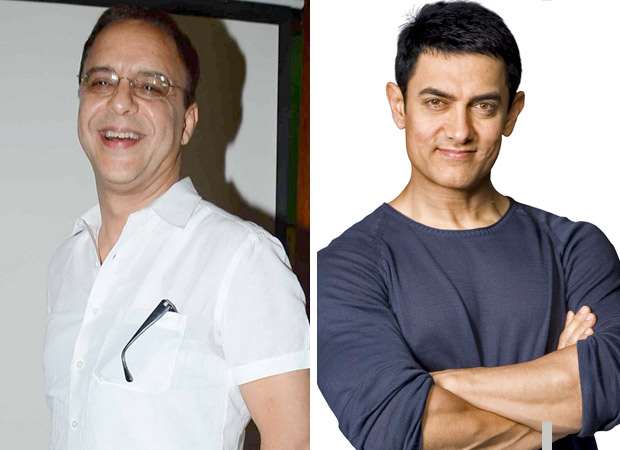 Filmmaker Vidhu Vinod Chopra is quite passionate about cinema and is also considered to be adamant on his approach to filmmaking. On the other hand, Aamir Khan is also a cinema buff and believes a lot in his creative inputs. Both these personalities came together for not just one, but two films – 3 Idiots and PK. And although they are quite cordial and friendly with each other, there have also been major disagreements between the two.

At a session dedicated to the cult film Jaane Bhi Do Yaaro at the on-going Jio MAMI 19th Mumbai Film Festival, Vidhu Vinod Chopra revealed about his love-hate equation with Aamir and said that it’s the same kind of bond that he shares with Naseeruddin Shah. Vidhu and Naseeruddin worked together on Jaane Bhi Do Yaaro – Vidhu as production controller and Naseeruddin as one of the film’s leading actors. Sudhir Mishra, who was present at the interaction and who co-wrote the script, told everyone present that Naseeruddin Shah and Vidhu Vinod Chopra have the most complex relationship in the world and that they can’t live without each other. He shocked gatherers by admitting that both of them have even got into fist fights. Sudhir has tried to come in between and in the process, even he has got hit!

Vidhu Vinod Chopra then remarked that he has found his Naseeruddin Shah in Aamir Khan! But he also made it clear that his relationship with Aamir Khan hasn’t reached the level of physical fights!

This session was held as a tribute to Jaane Bhi Do Yaaro’s director Kundan Shah, who passed away earlier this month, and Om Puri, who had a wonderful role in this film. This satire also starred Ravi Baswani, Pankaj Kapur, Satish Shah, Neena Gupta and Satish Kaushik. Surprisingly, the two lead actors of this film – Naseeruddin Shah and Ravi Baswani – were named Vinod Chopra and Sudhir Mishra respectively. Both Vinod and Sudhir also were seen in the film in special appearances.