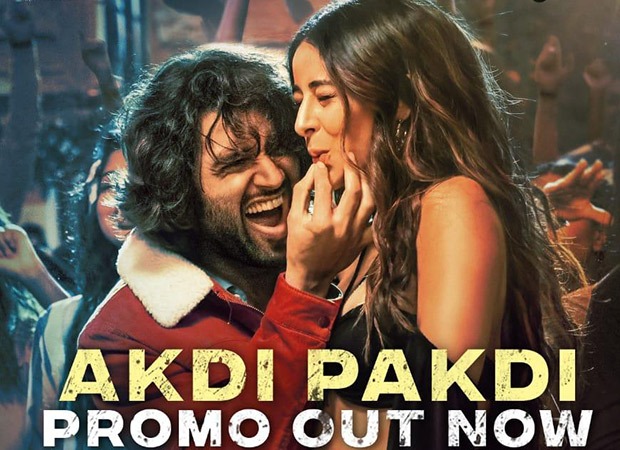 Liger: Vijay Deverakonda and Ananya Panday go all out for their latest song ‘Akdi Pakdi’

A source close to the film said, “Vijay's lively dance moves will really stand out. He is going to set the dance floor on fire with his pace-y moves. The floor moment is a treat to watch. Ananya Pandey is going to truly shine alongside him. The song also has a catchy vibe. While the hook line is by Sunil Kashyap, Azeem Dayani is the music supervisor. The sets in the background also are quite vibrant and aesthetic. The promo has definitely upped the curiousity level and the full song is going to be out in another three days.”

Dev Negi, Pawni Pandey and Lijo George crooned the Hindi version of the song for which lyrics were penned by Mohsin Shaikh and Azeem Dayani. Choreography was done by Baba Bhaskar.

In Telugu, Anurag Kulkarni and Ramya Behara together gave the vocals, while Bhaskarabhatla Ravikumar provided the lyrics. Written by Sagar, the Tamil version of the song was sung by Sagar and Vaishnavi Kovvuri.

Vishnu Vardhan and Syama are the singers for the Malayalam version, while lyrics are by Siju Thuravoor. Santosh Venky and Sangeetha Ravichandranath crooned the Kannada version of the song written by Varadaraj Chikkaballapura. Sagar is the south music administrator.

In association with Puri Connects, the film is being produced jointly by Dharma Productions. Puri Jagannadh, Charmme Kaur, Karan Johar and Apoorva Mehta together are bankrolling the film on a grand scale. Vishnu Sarma is the cinematographer, while Thailand-based stunt director Kecha has come on board for the film.