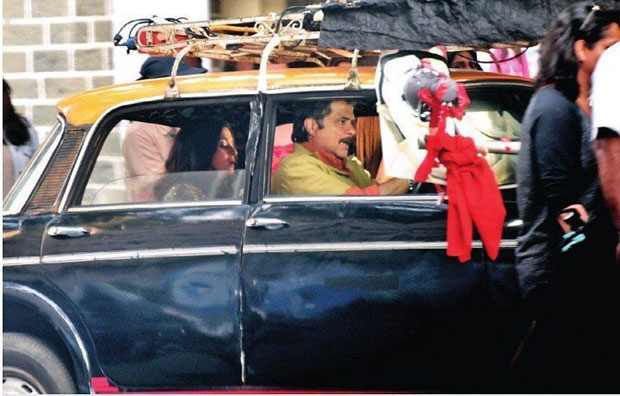 Fanney Khan went on floors last month in Mumbai. While Anil Kapoor salt and pepper look has been revealed, we got our hands on a new set of leaked pictures from the sets of the film. In one of the pictures, Anil Kapoor is fully dressed as a taxi driver while Aishwarya is sitting in the passenger seat. From what one can see, Aishwarya is wearing a shimmery outfit. 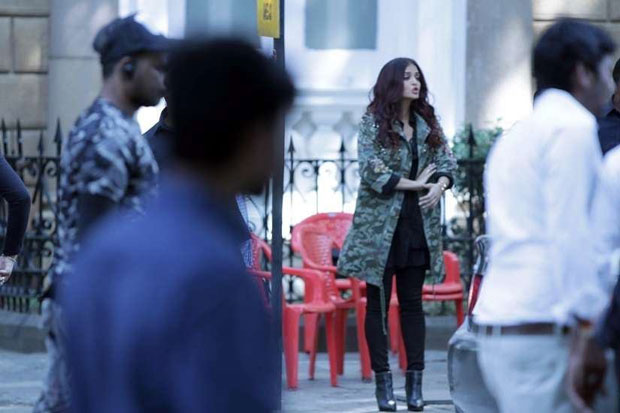 In another photograph, Aishwarya Rai Bachchan is seen wearing a black t-shirt with denim with a long printed coat. Boats and soft curls rounded her look. In the picture, one can see a resemblance to Aishwarya's Ae Dil Hai Mushkil role.

Fanney Khan is an official adaptation of the Dutch film Everybody’s Famous! and is produced by Rakeysh Omprakash Mehra and Prernaa Arora. The film, directed by Atul Manjrekar, also stars Aishwarya Rai Bachchan as a diva singer with Rajkummar Rao playing her love interest. Divya Dutta will play the role of Anil Kapoor’s wife.