Aamir Khan and Kareena Kapoor Khan are currently shooting for their upcoming film Laal Singh Chaddha. The film is a remake of the Hollywood film Forrest Gump starring Tom Hanks. 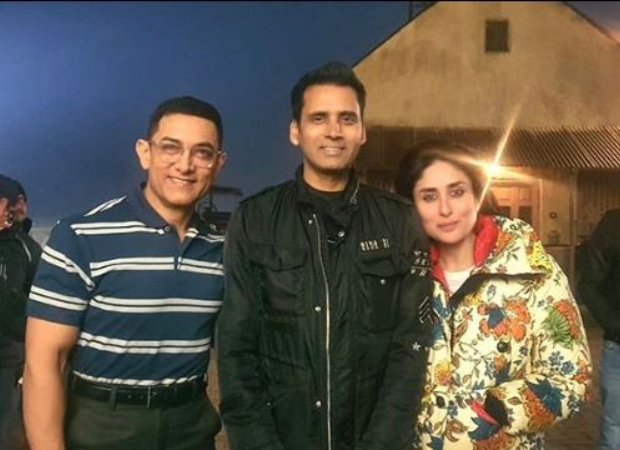 Recently, the duo celebrated celebrity makeup up artist Pompy Hans's birthday on the sets of the film. Pompy shared pictures with the stars and Aamir Khan is seen in a completely different look in the pictures. In the picture, he can be seen sporting a clean-shaven look with a crew cut. He is seen wearing a horizontal striped polo t-shirt and pants of waist height.

Check out the pictures here:

Written by Atul Kulkarni, Laal Singh Chaddha helmed by Advait Chandan is produced by Viacom18 Studios and Aamir Khan Productions. The movie is slated to hit the theatres during Christmas 2020.