Actor and comedian Sunil Grover rose to fame with the various characters that he has played on television. The actor who has worked in both television and films is extremely popular with the audience for the characters which took shape on the show Comedy Nights with Kapil. While his stint with Kapil ended post a spat, his characters left an everlasting impression on the audience. From playing the bubbly Gutthi, to the tense Rinku bhabhi to the humorous Dr Mashoor Gulati, Sunil Grover has managed to tickle our funny bone in every avatar of his. 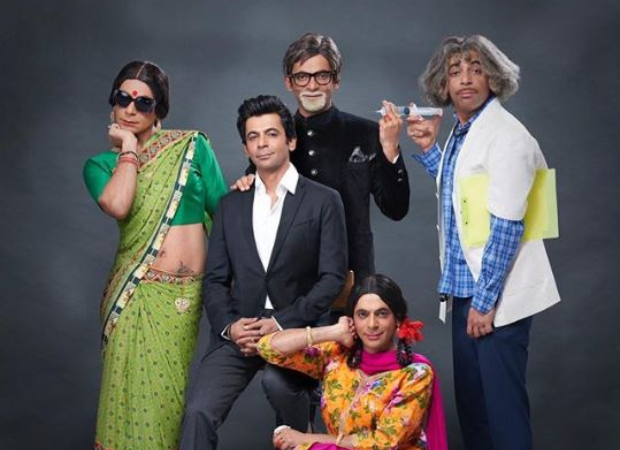 Now, ace Bollywood photographer Avinash Gowariker captured Sunil Grover and all his popular characters in one frame. Sharing the picture, Grover wrote, "So many people want a picture with me. Uff! @avigowariker. How can you take such a beautiful picture sir."

So many people want a picture with me. Uff! @avigowariker how can you take such a beautiful picture sir.

In the frame is Sunil Grover as he is, then his character Dr Mashoor Gulati, Rinku bhabhi, Gutthi and his imitation of Amitabh Bachchan.

Fans of the actor are showering love on the picture. Commenting on the picture, actress Sanya Malhotra who was his co-star in Pataakha, wrote, "As Doctor main bata rahi hu tussi great ho".