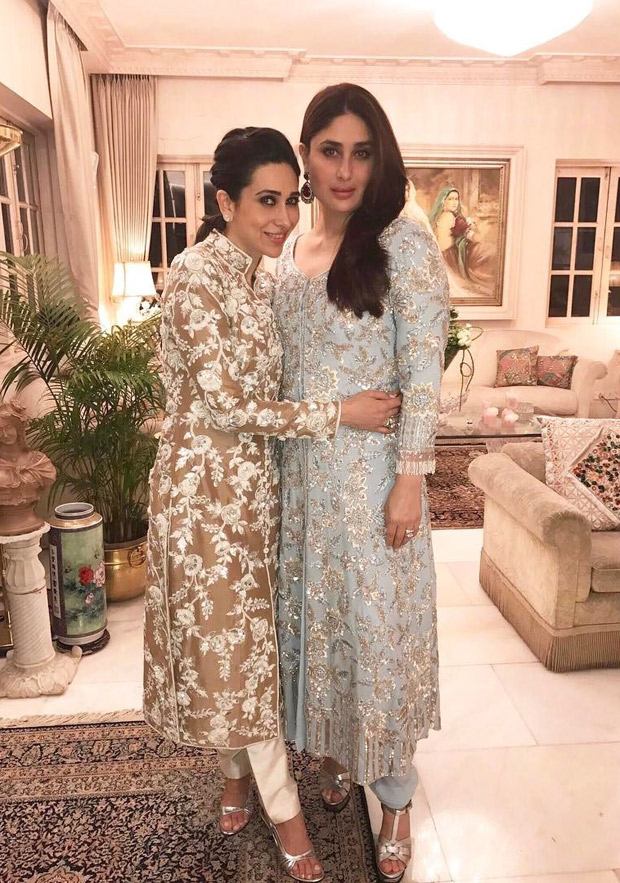 Veteran actor Randhir Kapoor turned a year older and his diva daughters definitely ensured that this will be one of the most memorable birthdays of his life. Karisma Kapoor  and Kareena Kapoor Khan played perfect hosts to the party and besides them, the entire Kapoor Khandaan we hear came together to make this special for Randhir Kapoor at their heritage home, Devnar Cottage.

Overwhelmed by his family’s gesture, Randhir who turned 70 couldn’t stop gushing about their efforts and was equally thrilled to be surrounded by his grandchildren. He expressed his happiness about Karisma’s kids Samaira and Kiaan Raj making it to the bash despite their school schedules whilst maintaining that the new born Taimur (Kareena and Saif’s son) is too young to attend it. On the other hand, he was also glad about having the palatial bungalow of his father Raj Kapoor where the entire family often have get-togethers and celebrates several occasions. 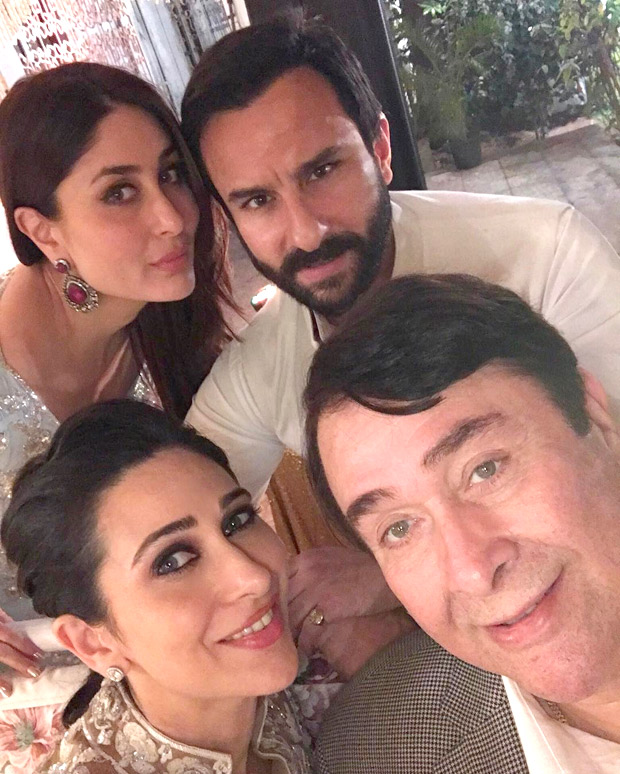 In fact, marking the occasion, a mandatory selfie was clicked by Lolo aka Karisma Kapoor with her father, her best friend and sister Kareena along with her hubby Saif Ali Khan. Rumour has it that the former 90s diva came hand in hand with alleged beau, businessman Sandeep Toshiwal whom she introduced to everyone in the family.

Randhir’s brothers, Rishi Kapoor, Rajiv Kapoor too were in attendance with their families. We hear that Ranbir Kapoor’s new look for the Sanjay Dutt biopic (since the actor has gained weight and sports different hairstyle) was appreciated by everyone in the family. However, sisters of Randhir, Rima and Ritu had to miss out on it since the two of them are currently in the US. However, son of Rima Jain, Armaan was a part of the bash.

Besides family, the party also saw some of the family’s closest friends from the industry like Rakesh Roshan with wife Pinky, filmmaker JP Dutta, Salim Khan, the other Kapoors – Boney, Sanjay and Anil Kapoor’s wife, Sunita minus the actor, yesteryear actress Poonam Dhillon, Jeetendra, Malaika Arora and her sister Amrita Arora Ladak, Ameesha Patel, Rekha among others. Amitabh Bachchan too arrived at the bash a few minutes after Rekha left and we hear that the megastar was seen catching up with the Kapoor family for couple of hours.