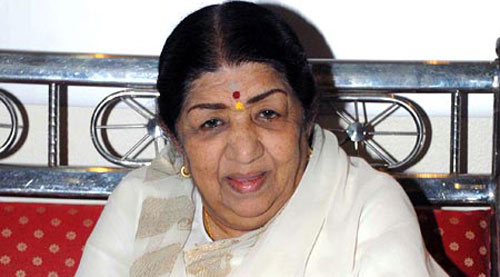 Bharat Ratna Lata Mangeshkar shares a deep bond with poet-politician Atal Bihari Vajpayee. She is delighted that he has been conferred the Bharat Ratna.


"It is richly deserved, I only wish Atalji got this honour when he was still well. But anyway it's never too late," says Lataji, recalling her association with the politician.


"I've had the rare honour to sing Atalji's poems. The album was called 'Antarnaad'. I had selected six of Atalji's poems. I remember one particular poem in my album portrayed vignettes from Atalji's childhood. Scenes from his home with his parents came live in the poem. Sushma Swaraji had asked how I thought of this poem since very few knew about it. But it was my favourite."


Ataji had come for the release of the album.


Recalls Lataji, "I told him he reminds me of my father. I grew up in an atmosphere where idealistic politicians like Vir Savarkar visited our home. My mother would cook for him. Atalji reminds me of those politicians from my childhood. He is a noble soul. Jitni taarif karoon utni kam. No praise is too high for him."


Lataji thinks of Atalji as a bit of a misfit in politics. "He had once said he wished he had remained a writer and poet and not come into politics. But politics needs people like Atalji."


She adds with gentle laugh, "You know, someone recently pointed out to me that if you read 'Atal' backwards it becomes 'Lata'. When I sang Atalji's poems I realized how pure his soul is. He is a poet who accidently became a politician."