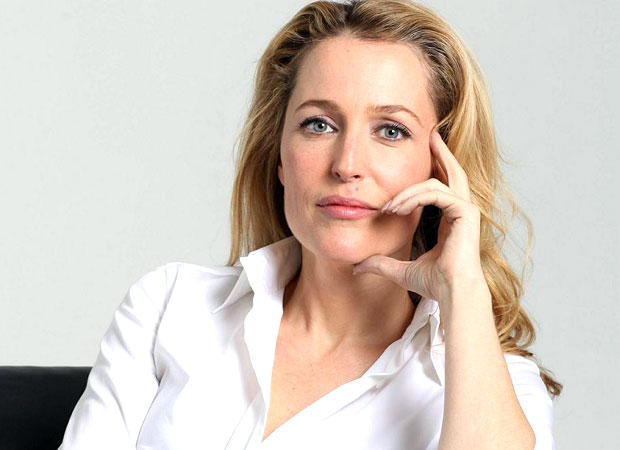 This Friday saw the arrival of Gurinder Chadha's Partition: 1947 that chronicles the series of events that led to the partition of India and Pakistan. The film narrates the tale from the point of view of Mountbattens who were in India to execute the plan. It is a known fact that while Lord Mountbatten was the man on the forefront, there was quite some influence if Lady (Edwina) Mountbatten too in the scheme of things. The film, which features an eclectic mix of cast from India, UK and USA, boasts of The Fall and The X Files fame Gillian Anderson who plays Lady Mountbatten in the film.

“Lady Mountbatten went from a life of frivolousness, endless holidays and affairs to one of completely committed service” – Gillian Anderson on Partition: 1947

We get into an exclusive interview with the popular American-British film, television and theatre actress, activist and writer who has earned quite a few global awards to her name.

The film's timing couldn't have been more perfect, releasing in India just 3 days after India celebrates its 70th Independence Day anniversary, what do you think the film’s message is and what is the relevance to today’s audience?
The resounding message is tolerance and compassion. That is a lesson we as human beings still struggle to learn. How is it that we have not learned from the tragedy in India? How is it that there is still so much war, so much hatred, so much separateness in the world? It is a lesson we have yet to learn I think because each one of us thinks we are right.

The film needed a mix of talent from the West as well as the East. How was your experience filming in India and with the British and Indian cast?
I think it worked wonderfully well. Everyone who came from the west had the most extraordinary time and fell in love with the country and I feel that deep connections were made with the local crew.

How much did you know about the history before the shooting began?
I knew very little about the history of India and Pakistan. I really don’t think it was covered in my education either in the states or in the UK which is shocking considering the number of people affected and who continue to be affected by those decisions.

Were there any details about Lady Mountbatten you discovered which surprised you?
I was surprised that she went from a life of frivolousness and endless holidays and affairs to one of completely committed service. First starting with her work enhancing the nurses corps during WWII and then with her work in Burma and India. She was tireless in her effort to help those in need despite the great luxury within which she lived.

The film also features the part of Mahatma Gandhi quite prominently. How much familiarity did you have with the Father of the Nation?
I had read his autobiography in college and of course seen the movie about his life. I have always held a huge fascination with and respect for his tireless commitment to his beliefs.