Colors’ Dance Deewane Juniors is all set for its epic star-studded grand finale this weekend. The juniors and the judges will be seen extending a warm welcome to Bollywood’s perfectionist Aamir Khan who has come to promote his upcoming movie Laal Singh Chaddha. Just like Shamshera stars Ranbir Kapoor and Vaani Kapoor, Aamir too will be performing small acts on stage with the judges including Neetu Kapoor. 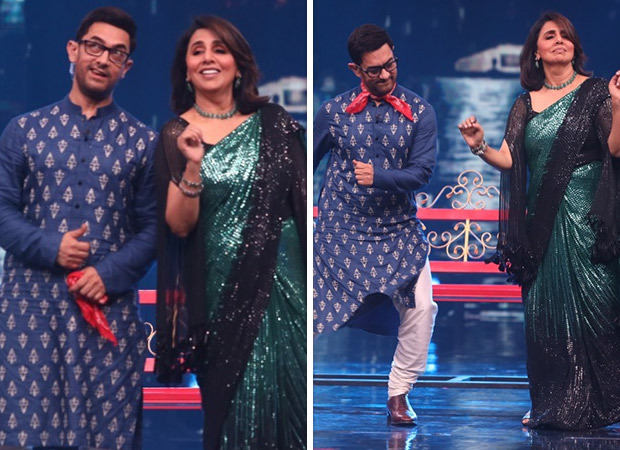 Audience can also witness an interesting revelation made by Aamir Khan during the gala evening. While shooting the episode, in a candid conversation, Aamir Khan revealed that dance was never his strong suit, and the main reason why he was delighted to be a part of the show ‘Dance Deewane Junior’ is that he loves dancing. Besides a hearty talk, the superstar will also be seen grooving along with the kids, as he misses no opportunity to entertain the audiences with his dance, games, and fun banter. The juniors will also be seen paying a heartfelt tribute to Khan in their groovy style as they perform on a medley of Aamir Khan’s chartbuster songs.

In fact, the kid contestants are expected to welcome the star in a unique style, as they will be performing the new song ‘Kahani’ from his upcoming film Laal Singh Chaddha. Needless to say, the Grand Finale will definitely be a star studded affair. Aamir, who has always been a fan of Neetu Kapoor, will also be seen dancing with the judge on ‘Aati Kya Khandala’ (Ghulam).

He went on confess about his fan boy moment to Neetu Kapoor and how dancing with her has been a dream come true. Expressing his fan moment, Aamir confronts Neetu ji, “Neetuji’s first film ‘Yaadon Ki Baraat’ was directed by my Chacha and since then I have been a big fan of her. Today I feel blessed that I have the opportunity to share the same stage with you as I have been an admirer of your work since the inception of your career.”

The grand evening will also be graced by the leads from COLORS’ most favorite shows like ‘Muskuraane Ki Vajah Tum Ho’, ‘Harphoul Mohinoi’, ‘Parineeti’, ‘Sasural Simar Ka 2’  ‘Naagin’ among others. Aamir Khan will also be seen interacting with them along with other judges. In fact, he was seen ganging up with judge Marzi Pestonjee and Neetu Kapoor and was seen poking fun at lovebirds Karan Kundrra and Tejasswi Prakash. Aamir also played a little game of ‘Who knows Tejasswi better’ with Karan Kundrra and the actress’ Naagin co-star Simba Nagpal. Needless to say, it will quite a moment to watch who wins this quirky competition.