Last Updated 02.10.2022 | 12:15 PM IST
feedback language
follow us on
Bollywood Hungama » News » Bollywood Features News » Rahul Khanna bares it all for this photo; says, he wants to share something that he has been ‘keeping under wraps’

Rahul Khanna, who is known for his unconventional choice of roles, have yet again taken the Instagram by storm with his recent post. The actor was recently seen baring it all and posing as he was seen sitting on a couch. Needless to say, his post garnered ample attention from netizens as well as his friends from the industry. Although let us tell you that this not the first time that the hot actor has been in news for his bold photos either! 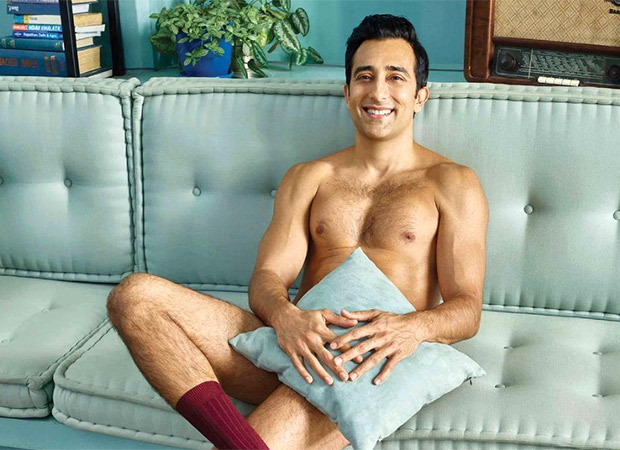 Rahul Khanna bares it all for this photo; says, he wants to share something that he has been ‘keeping under wraps’

Rahul Khanna recently posted a photo of him wearing nothing but shoes and socks as he relaxed on the couch, while holding a cushion. Along with that it was the caption too that captured our attention, “So, there’s something I’ve been keeping under wraps—but it’s now time to share! Join me tomorrow for the big reveal? ????” Here, have a look at the post:

While we are eagerly awaiting the announcement, some of his fraternity friends had dropped some interesting comments on the post. Malaika Arora and Dia Mirza had good things to say about the sofa as they wrote “Nice sofa @mrkhanna” and “Sofa so good ????”. “Nice … socks! ????”, said Neha Dhupia.

Fashion designer Prabal Gurung made a reference to the comment made by Janhvi Kapoor on the recent episode of Koffee With Karan 7 when the actress revealed that she stalked Rahul Khanna the most on Instagram because he is hot. His comment read, “And what do you have to say @janhvikapoor.”

For the uninitiated, Janhvi Kapoor was asked about who was the last Indian male celebrity she stalked on Instagram during the Rapid Fire round with Sara Ali Khan on Koffee With Karan 7. Responding ‘Rahul Khanna’ she added, “He’s hot. I think he’s got a vibe and energy.”

Also Read: Rahul Khanna shares post on social distancing; gets trolled by Malaika Arora for practicing it way before everyone else