Kriti Sanon, who has been on a success high after the victorious Luka Chuppi, is eagerly awaiting the release of Arjun Patiala which is her next film in the pipeline. Interestingly, she kicked off the shoot of the film in 2017 with none other than Punjabi superstar Diljit Dosanjjh and her Dilwale co-actor Varun Sharma. However, the release date of the film was locked recently which is expected to be July 19. Speaking about the film in the recent GeoSpa Global Spa India Awards that was held in Mumbai, Kriti not only confirmed the release date of the film but also added that it will be a different comedy. 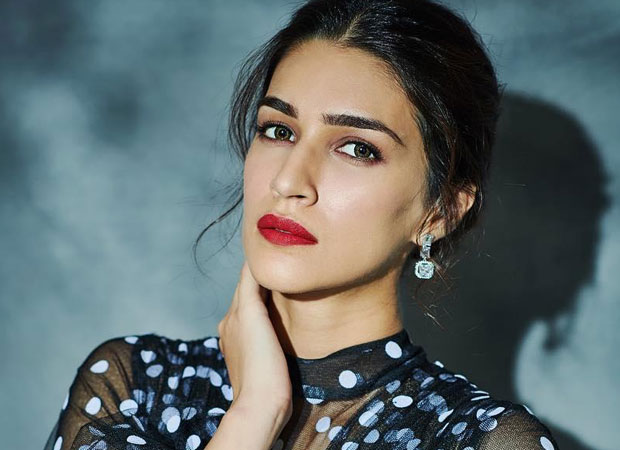 Speaking about the trailer of Arjun Patiala, Kriti said, “Yes, the film is releasing on July 19 and the trailer will be released accordingly.” She went on to reveal details of the film saying, “I feel it is a slightly different kind of comedy. It’s slightly kind of spoofy comedy and I don’t think that kind of take on comedy has been done before. It shaped up really well. I am still in the middle of dubbing of the film.”

She further went on to add, “It has got amazing music. I am actually looking forward for its release because I shot it even before doing Luka Chuppi or Housefull 4. When I went for dubbing, I had actually forgotten a lot of it.”

Coming to the cast, while she called Choocha Varun Sharma her brother and someone who she is always in touch with it, she added that it was a fun experience working with Diljit too. She said, “What amazed me was we [Arjun and Kriti] hadn’t met so much before but the first scene we did together on set, that scene didn’t have any dialogues, it was a montage for a song, chemistry was quite visible in it. Because, it was more of an action - reaction situation and nothing was actually planned. So I think when you have a brilliant actor in front of you and the chemistry is set from the first scene, I don’t think you have to worry in the film at all. Then you just have to have fun and that’s what we did.”

Arjun Patiala is directed by Abhishek Chaubey and Dinesh Vijan.