The current condition of #MeToo movement especially in Bollywood has started off many kinds of debates considering that it involves names of many high profile celebrities and corporates. While many actresses are showcasing courage to come out in open with their stories of harassment, many of their colleagues have showcased support. Amongst them is Kriti Sanon who called out to women who are anonymous with their identity. She has expressed about it on social media where she asked them to come out with their identities and now she has been receiving backlash in the same platform. 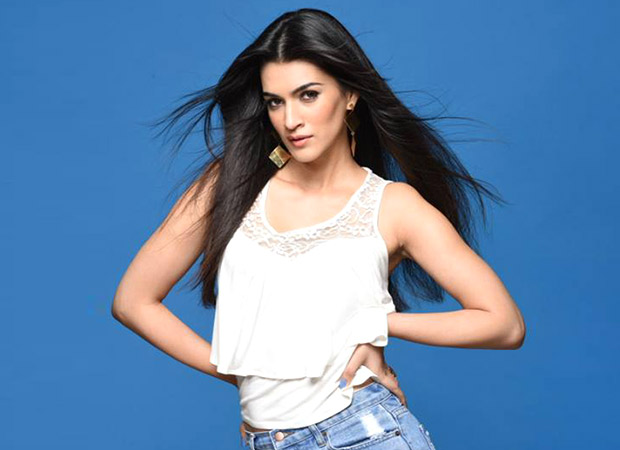 Kriti Sanon is currently shooting for Housefull 4. Interestingly, two people who were a part of the film’s team were dragged into the controversy, namely, Nana Patekar and Sajid Khan. While the movement initially gained momentum with Tanushree Dutta accusing Nana Patekar of sexual misconduct, Sajid Khan’s name was dragged into the controversy last week. The filmmaker has been accused by more than one woman of misbehavior towards them. Followed by the allegations, both the celebrities, Patekar and Khan decided to quit the film.

Followed by their exit, Kriti Sanon shared this post wherein she said, “What happens when a #MeToo story of an “anonymous” girl comes out against someone? Do we simply believe it without even knowing who the girl is or if she even exists? How does one inspect such an incident in order to come to any conclusion? Is it fair to consider the accused “Guilty” when the #MeToo story doesn’t come with the victim’s name? Should the media carry such stories? It takes just one story to spoil someone’s name and career. It’s important that we handle the #MeToo movement responsibly and find a lawful way.”

Followed by that, the actress said, “I’d urge all the women/men who want to share their #MeToo stories to either come out in the open with their names and faces of file a FIR or a legal case [while asking for your identity to not be given to the media or public] so that the case can be inspected and the #MeToo movement doesn’t get misused or diluted.”

I disagree, it would take more courage to stand up and protest the moment it happened so that a entire generation gets inspired to protest at the occurrence not a retrospective effect. It's only sending a wrong signal-1

Tanushree Dutta case is/was not anonymous. There were witnesses and video proof..even genuine case like her’s went ignored.. there is a reason people don’t want to come out in the open and share their story.they have a lot to lose while the perpetrators remain unscathed

Her big movie career is in line and she is trying to indirectly say that dont blame actors and directors without any proof. You should appreciate that this movement is bigger than your movie and your career.

However, these comments made by the actress didn’t go down well with the Twitteratis at all and they slammed the actress for working with two celebrities who were accused of sexual harassment.

Tags : #MeToo India, Features, FIR, Harrasment, Housefull 4, Kriti Sanon, Me Too, Me Too Campaign, Me Too India, Me Too Movement, Me Too Revolution, MeToo, Nana Patekar, Sajid Khan, Sexual Harrasment, Tanushree Dutta