Last Updated 05.10.2022 | 12:35 AM IST
feedback language
follow us on
Bollywood Hungama » News » Bollywood Features News » Koffee With Karan 7: Akshay Kumar says trolls call him ‘Canada Kumar’; criticize for starring opposite younger female actors: ‘Why shouldn’t I work with them? Do I look like I am 55?’ 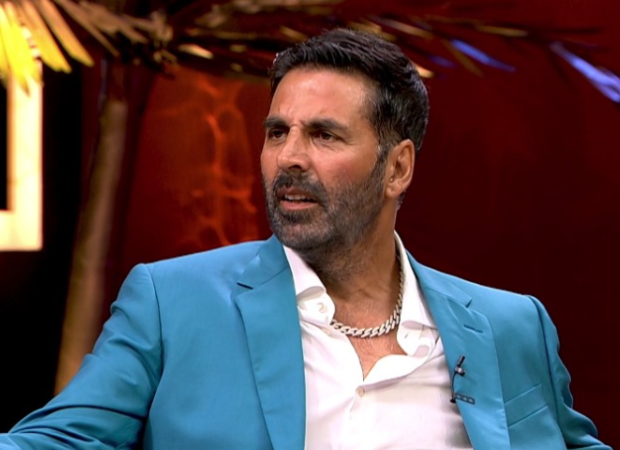 Koffee With Karan 7: Akshay Kumar says trolls call him ‘Canada Kumar’; criticize for starring opposite younger female actors: ‘Why shouldn’t I work with them? Do I look like I am 55?’

When Karan Johar asked Akshay Kumar what's the worst thing he has read about himself, "I don't read much about it. There has not been much negative written about me as well. I am lucky that way. At most, they write 'Canada'. Not more than that. I don't pay much attention."

He also addressed the conversation around being trolled for starring opposite younger female co-actors. Akshay Kumar was most recently criticized for starring opposite Manushi Chhillar in Samrat Prithviraj. She is 25 years old. He said, "They troll me for working with younger heroines because they are jealous. Why shouldn't I work with them? Do I look like I am 55? I don't understand what is the problem with it. They get jealous and write about it. Some media persons write about it or some trolls bring it up. I listen to it from one ear and let it pass from the other."

ALSO READ: Koffee With Karan 7: Akshay Kumar recalls how he bought his flat after Jaani Dushman: 'I made more money as Sunny Deol couldn't come'