Koffee With Karan Season 7 on Disney+ Hotstar has seen numerous celeb weddings and dating stories on the couch. In its seventh episode, the conversations around marriages get taken even further as the newly minted groom Vicky Kaushal and Sidharth Malhotra take the couch. The dynamic duo enchant with their charisma, love lives and manifestations that leaves you a little drunk on the Sid-Vicky cocktail! On his second appearance on the show, Vicky arrived as a married man. The actor tied the knot with Katrina Kaif in December 2021 after dating for a couple of years. But, it all began after she mentioned him Koffee With Karan that they would look good together. 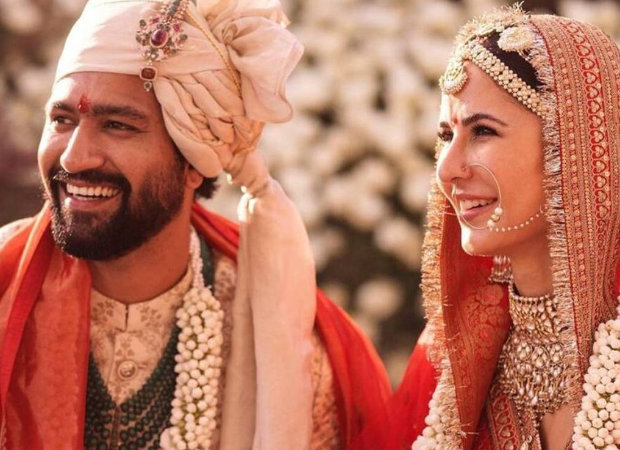 Koffee With Karan 7: Vicky Kaushal reveals what he told pandit during his wedding with Katrina Kaif: ‘Jaldi nipta dena please’

During the episode, Vicky recalled how they were busy with the prep for the wedding, they also witnessed the coverage in media and the memes that came along. He revealed that they had a group of friends on chats who would share memes and they would laugh about it. He added, "While all these random news were making the rounds, I was just there with the pandit ji saying, jaldi nipta dena please. Ek ghante se jyada nahi (Please complete the ceremony soon, not more than an hour)."

Karan said, "Maine aap ki prem kahani ke liye pura credit le liya (I took full credit for your love story)". To this, he said, “In fact, what happened in the last season of this couch, it was really my moment to know that she knows about me. I did not know that she knew (I existed)." He revealed they had never met before that.

“So the first time I remember Vicky properly meeting Katrina was at Zoya’s house. For the first time, I saw the ice breaking and both of them were chatting. Even at that point, it was too nascent to know that it was going to anywhere," Karan revealed.

ALSO READ: Koffee With Karan 7: Vicky Kaushal says he feels really ‘settled’ with Katrina Kaif; Karan reveals their love story began at Zoya Akhtar’s house: ‘Saw the ice breaking and both of them were chatting’