Koffee With Karan Season 7 on Disney+ Hotstar has seen numerous celeb weddings and dating stories on the couch. In its seventh episode, the conversations around marriages get taken even further as the newly minted groom Vicky Kaushal and Sidharth Malhotra takes the couch. The dynamic duo enchant with their charisma, love lives and manifestations that leaves you a little drunk on the Sid-Vicky cocktail! On his second appearance on the show, Vicky arrived as a married man. The actor tied the knot with Katrina Kaif in December 2021 after dating for a couple of years. But, it all began after she mentioned him Koffee With Karan that they would look good together. 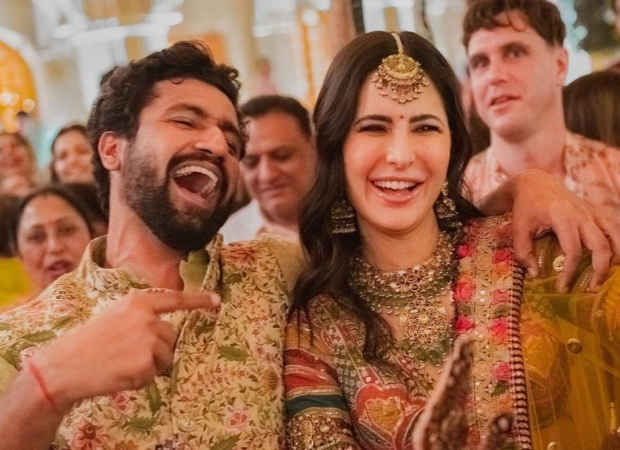 Koffee With Karan 7: Vicky Kaushal says he feels really ‘settled’ with Katrina Kaif; Karan reveals their love story began at Zoya Akhtar’s house: ‘Saw the ice breaking and both of them were chatting’

During the episode, Vicky said, “No Karan, in fact, what happened in the last season of this couch, it was really my moment to know that she knows about me. I did not know that she knew (I existed)." He revealed they had never met before that.

“So the first time I remember Vicky properly meeting Katrina was at Zoya’s house. For the first time, I saw the ice breaking and both of them were chatting. Even at that point, it was too nascent to know that it was going to anywhere," Karan revealed.

Vicky also said he feels amazing to have settled and found a partner in Katrina. “I really truly do feel settled. It’s just a very beautiful feeling to kind of have that companion. I just feel truly lucky to find that in her. She is a wonderful soul and one of the wisest and compassionate persons I have ever come across," the actor said.

ALSO READ: Koffee With Karan 7: Sidharth Malhotra reveals what he misses about his ex-girlfriend Alia Bhatt