Last week’s episode of Koffee With Karan was proof enough to show the kind of filmy family Arjun Kapoor hails from. In the same show, when Karan Johar asked Arjun to describe something he inherited from Kapoor genes, his answer was vanity and how they can’t help but look themselves in a mirror whenever they cross one. Moreover, the filmmaker and Anil’s daughter Sonam Kapoor too agreed on it. In a candid interview with Man’s World, when Arjun Kapoor was asked what he would steal from his uncle, Anil Kapoor, his answer reminded us of what he said during the show. 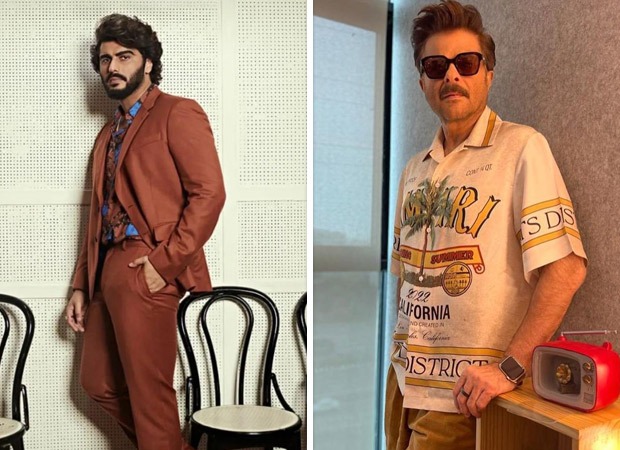 Arjun Kapoor wants to steal these things from popular personas; says he doesn’t want to steal anything from Anil Kapoor since he has already stolen enough genetically

In the same interview, he also revealed that his favourite co-star is Tara Sutaria. For the uninitiated, the actor was paired alongside the actress in Ek Villain Returns, which also featured John Abraham and Disha Patani in lead roles.

On the work front, Arjun Kapoor has some interesting projects in the pipeline. He was recently seen shooting for the film, The Lady Killer with Bhumi Pednekar. Besides that he also has Kuttey with Tabu which is expected to release in November this year. Reports also have it that Arjun Kapoor has signed another film with Bhumi and that it also features Rakul Preet Singh.

Also Read: EXCLUSIVE: Arjun Kapoor reveals an army man gave him confidence to do Bhoot Police: ‘Mein itna toota hua tha, itna under confident tha and his words gave me the power to do that film’