Filmmaker Karan Johar is back on the coffee couch! Season 7 of Koffee With Karan kicked off on Disney+ Hotstar with Rocky Aur Rani Ki Prem Kahani stars Ranveer Singh and Alia Bhatt followed by actresses Janhvi Kapoor and Sara Ali Khan as guests in the second episode. As the buzz around the show increases, the Koffee With Karan couch saw Akshay Kumar and Samantha Ruth Prabhu who brought lively potboiler of glamour, secrets and witty one-liners. One of the common talkpoints were how they are Ranveer-ified. 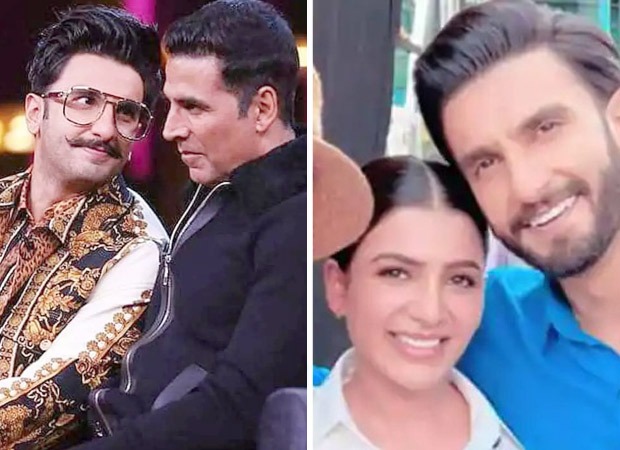 Koffee With Karan 7: Akshay Kumar and Samantha Ruth Prabhu are Ranveer-ified; Raksha Bandhan actor says, “I had gone to IPL finals, some seven times he kissed me”

During the rapid fire session, Karan Johar asked Samantha Ruth Prabhu, "If you were hosting a bachelorette party, which two Bollywood hunks would you hire to dance?" She replied, "Ranveer Singh and Ranveer Singh."

He then asks Akshay Kumar, "Who would be on your guestlist if you had to host a private dinner party for industry folks?" To which, the actor responded, "I think Ranveer Singh because he will come and entertain everyone. I will just need to be quiet and he will entertain everybody. He will sit on everybody's lap. He'll kiss everybody, left, right and center. He'll do that I am sure."

Recalling an incident when both of them attended IPL 2022 finale in May, Akshay Kumar added, "Just now, I had gone to IPL finals. Some seven times and he came and sat on my lap and kissed me and that also, you know those went ones."

They were infact Ranveer-ified. Samantha was asked, "If you were cast in a love triangle with Akshay Kumar, who is the second male actor you will pick," to which she said, "Ranveer Singh. You know, yesterday I shot an ad with him and I am Ranveer-ified completely. A fan for life," she said.

ALSO READ: Koffee With Karan 7: If Chris Rock made fun of Twinkle Khanna, Akshay Kumar says, 'I would pay for his funeral'