Koffee With Karan is in its sixth season and three episodes have aired already. The season is full of exciting guests and interesting pairings. Deepika Padukone - Alia Bhatt, Ranveer Singh - Akshay Kumar and Aamir Khan have already appeared on the show and have made some interesting revelations. Next week, we will see ABCD 3 duo Katrina Kaif and Varun Dhawan grace the show. 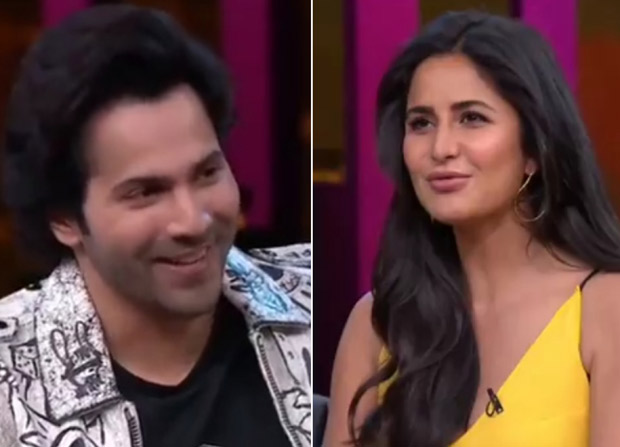 In the two promos that have been released, it is seems like a firecracker of an episode. Varun Dhawan, as usual, is super pumped to be on the show as we finally get to know whether he really was a part of Katrina hate club. If one would remember, last season Katrina revealed that when she was very new to the industry, Arjun Kapoor and Varun Dhawan were assuring at the time. One day, she was walking with Salman Khan and she didn't given enough attention to both the boys who were with them at that time. Since then, they started 'I hate Katrina' club. Cut to 2018, when asked about the same, Varun Dhawan revealed that she got it all wrong as they wanted Salman Khan's attention and not hers. It really left Katrina in shock.

Another one of the highlights of the promo was when Karan Johar asked Katrina if she would date Varun. To which, she responded by saying absolutely no. Karan even insisted that Varun ask her whether she would marry Salman Khan, whom she has dated in the past. The promo ends on a cliff-hanger leaving the fans wanting for more.

Koffee With Karan featuring Varun Dhawan and Katrina Kaif will air this Sunday, on November 11.