Rohit Shetty has directed Akshay Kumar for the first time with the film Sooryavanshi. The film introduces Akshay Kumar as the third cop from Rohit Shetty’s cop universe after Singham and Simmba. The film which was slated to release on March 25 has been postponed because of the coronavirus outbreak. 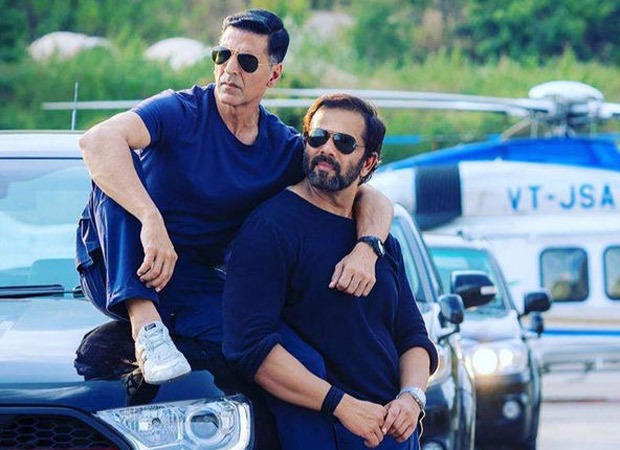 During the promotions of the film, Rohit Shetty has been all praise for the actor because of the hard work he puts in. The filmmaker also revealed that they did not have to use green screens for most of the action sequences as Akshay Kumar would do that himself. He also appreciated Akshay Kumar for doing the stunt of getting up on a bike and hanging onto a helicopter in one take.

However, did you know, long before becoming a director Rohit Shetty was a body double for Akshay Kumar in the film Suhaag. The Hindi action film that released in 1994 had Akshay Kumar, Ajay Devgn, Karisma Kapoor and Nagma in the lead. The film was directed by Kuku Kohli. The filmmaker also aced Akshay Kumar’s walk and imitated the walk recently on The Kapil Sharma Show.

Meanwhile, Rohit Shetty made his debut as a director with the 2003 film Zameen. He then went on to make successful films like the Golmaal franchise, Chennai Express, Singham and several others. His next film Sooryavanshi will also see Ranveer Singh and Ajay Devgn in cameo appearances.