The eagerly awaited stunt show of national Television, Khatron Ke Khiladi 11 has become highly popular even before its start due to the contestant's pictures of travel, Cape Town dairies, fun group pictures, and many more. One such post grabbed the public's eyeballs containing the sizzling chemistry between Vishal Aditya Singh and Sana Makbul. During the shoot, Vishal Aditya Singh uploaded some mushy pictures with Sana Makbul that raised speculations about whether the duo is dating. Vishal and Sana can be seen spending a romantic time together with broad smiles. Vishal uploaded the pictures on his Instagram and captioned it as, "Aayat ki tarah" and tagged Sana in his post. 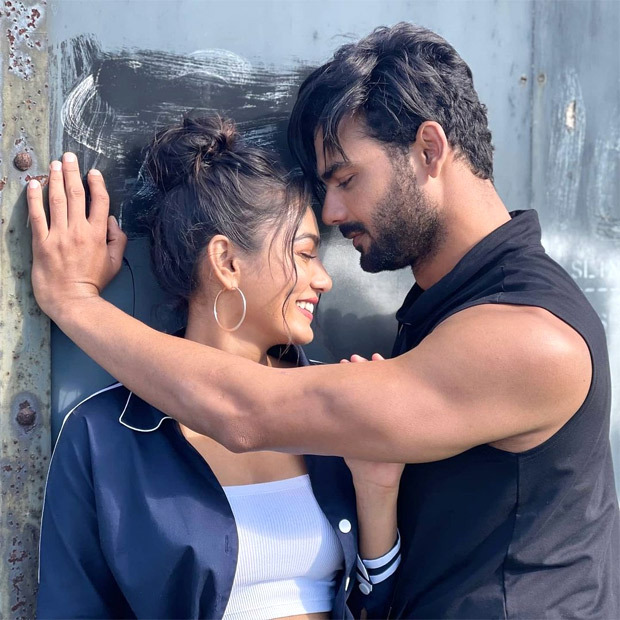 Fans of both the stars showed love on their post and some even said they look good together and should become a couple. As the pictures went viral the dating rumors went on becoming stronger. When asked about it, both Vishal and Sana denied being in a relationship and declared that they are only good friends. Further clarifying the issue Vishal said that Sana is a good friend and they are not romantically involved. He also warned people to not get jealous of their bonding as a girl and a boy can be friends. Vishal was also quick to say that he has posted pictures with all the contestants who are part of the show but no one raised any fingers on it.

Sana also cleared the air from her side by admitting to being just great friends and nothing else. She also revealed Vishal to be a thorough gentleman and uplifting their careers right now is the prime focus for both of them. Fear Factor: Khatron Ke Khiladi Darr vs Dare season 11 has celebrity contestants like Divyanka Tripathi, Arjun Bijlani, Rahul Vaidya, Aastha Gill, Vishal Aditya Singh, Sana Makbul, Abhinav Shukla, Anushka Sen, Nikki Tamboli, Saurabh Raj Jain, Shweta Tiwari, Varun Sood, and Mahek Chahal. The stunt-based reality show is hosted by Rohit Shetty and shot in the hilly topography of Cape Town.