Actress Kim Sharma is rumoured to be dating tennis player Leander Paes. The two are frequently photographed together in the city, which has fueled the dating rumours. Though they haven't publicly confirmed their relationship, their sweet vacation photos from Goa say it all! 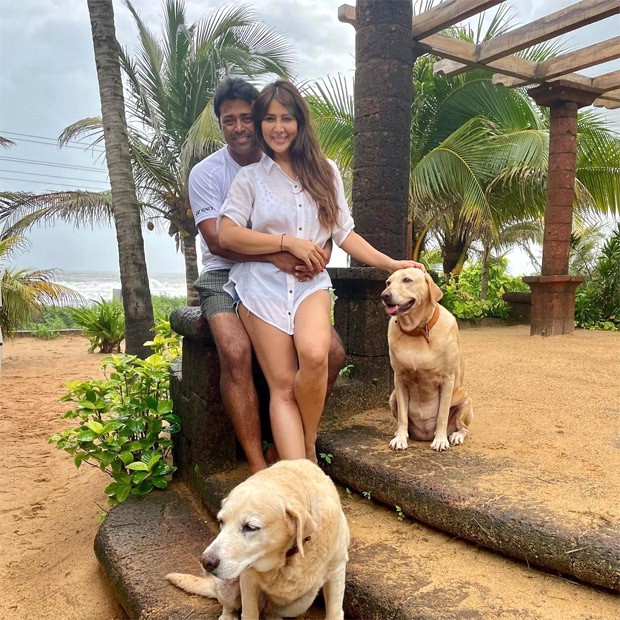 A restaurant in Goa posted Kim and Leander's photos which have already gone viral on the internet. Kim can be seen leaning on Paes while eating a delicious meal in one of the photos. She is dressed in a white shirt and blue denim shorts, whereas Leander is dressed similarly in a white t-shirt. From behind, he can be seen holding her.

In the second photo, Kim can be seen standing close to Leander as they pose for a cheerful photo with their furry friends. He's encircled her with his arm.

On their official social media accounts, the couple hasn't uploaded any photos together. Kim, on the other hand, just posted a solo photo in the same outfit with the caption "#mood - Mr P x."

Meanwhile, Kim Sharma was previously linked to Harshvardhan Rane. Leander, on the other hand, has a daughter with his ex-wife Rhea Pillai.

Also Read: Kim Sharma stuns in a strapless black bikini as she poses at the beach